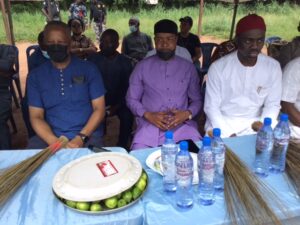 Minister of Foreign Affairs, Geoffrey Onyeama has hailed the peaceful conduct of the local government congress of the All Progressives Congress (APC) in Enugu State.

Onyeama disclosed this on Saturday in Udi Local Government Area of the state while briefing newsmen on the outcome of the exercise in his council.

The minister described the process as democracy in action, adding that the people were allowed to willingly choose their leaders.

He said that it was necessary for the party to unite in a bid to start winning elections in the state.

The minister said the ultimate aim of the party was to win the 2023 governorship election in the state in order to make life meaningful for the people.

Onyeama called for unity of purpose among APC faithful in the state in order to achieve their ultimate target.

Also, the Local Government Congress Committee Chairman in the state, Mr Ijeoma Arodiogbu, said that he was elated and satisfied with the conduct of the exercise.

Arodiogbu said that he was impressed by the zeal displayed by party faithful during the exercise.

“Over the years, the APC in the state has shown the potentials to perform but the kinetics were lacking. 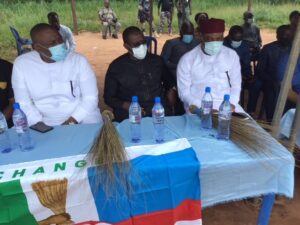 “However, the zeal and spirit displayed here today is outstanding and we are satisfied that the kinetics are now here with us,” he said.

The congress chairman said that APC was interested in Enugu State and would ensure that it took over the administration of the state by 2023.

“We certify what we have seen here today and with your commitments, APC will be entrenched in the state,” Arodiogbu said.

Ikengaonline reports that the ballot Mr Hillary Nwabuisi scored 390 votes to win the chairmanship position in the local government area. 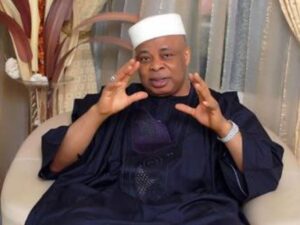 Nnamani spoke during the congress in Nkanu West Local Government Area of the state.

He said that the letter which was circulating in the social media and purportedly issued by the Secretary, APC Caretaker/Extraordinary Convention Planning Committee, Sen. John Akpanudoedehe was forged.

The former senate president said that Nwoye remained suspended as the acting caretaker committee chairman of the APC in the state.

“Do not mind what they are posting in the social media. When I saw the letter, I put a call across to Akpanudoedehe and he denied issuing such letter and instructed me to report the matter to the police.

“This is a case of forgery and I have informed the commissioner of police in Enugu State about it and the police will investigate the matter and bring those involved to book,” Nnamani said.