Covid vaccine: Public Safety and the limits of individual freedom By Osmund Agbo 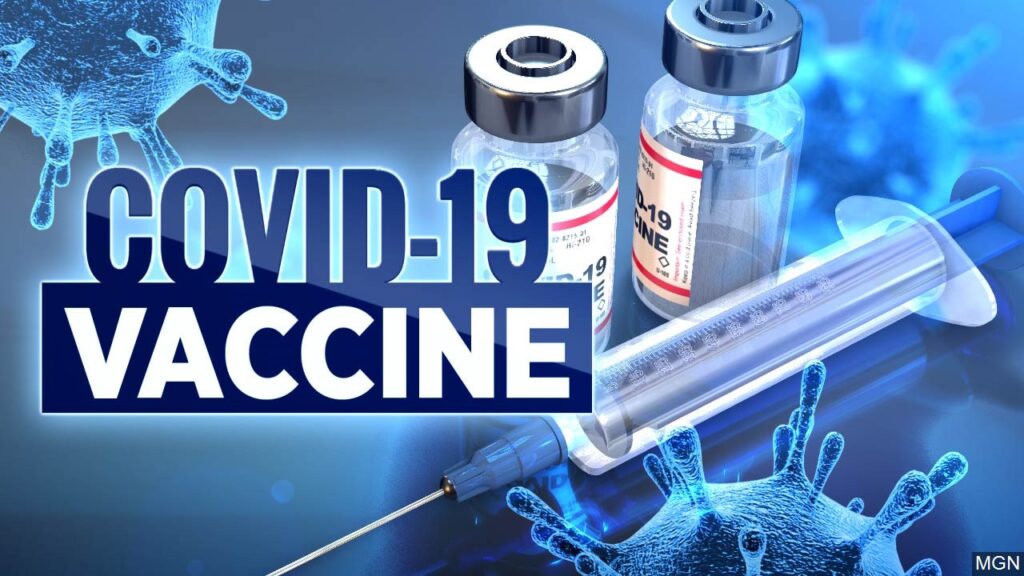 In the early 1900s, Mary Mallon worked as a domestic cook for many of the New York’s uber elite families. She was later identified as an asymptomatic spreader of Salmonella typhi and known to have infected 53 persons with typhoid fever. It took a while before medical investigators were able to identify her as the source. Nicknamed Typhoid Mary, she refused to be tested and fled from health authorities but was captured and quarantined. Mary sued the health department for what she believed was an infringement on her personal right but lost. Upon release, she violated the terms and picked up a job in a maternity hospital where more were infected, some of whom died. Miss Mallon who died on November 11, 1938, spent a total of 30 years of her life in forced quarantine for willfully breaking the terms of her release each time and posing a grave danger to public safety.

Since the first cases were reported in the United States in January 2020, hundreds of thousands of Americans have succumbed to the equal opportunity and universally lethal Covid-19 virus. The Trump administration’s initial handling of the pandemic was a study in management disaster, exacerbated in part by American’s cultural war and a strangulating partisan divide. However, with the introduction of the Covid vaccine in December 2020, amongst other preventative measures put in place, things started to look up. Covid imposed restrictions were incrementally  getting relaxed and badly hit businesses such as the airline industry came roaring back this summer. The nation witnessed months-long downward trend in the rate of infection that began in mid-January this year but the good news was over very quickly.

The death rate from COVID-19 in the U.S. is back up again and steadily rising. A seven-day average of new cases has increased by nearly 70% to almost 30,000 per day and hospitalizations are up 36%, according to the Centers for Disease Control and Prevention (CDC).

The highly transmissible delta variant has fueled this latest surge in cases. The CDC tracking that focuses on the number of new cases per 100,000 people during the previous seven days defines high transmission rate as more than 100 cases per 100,000. As of July this year, more than 63 percent of U.S. counties met that definition.

Whereas much of the scientific research about the virus is still evolving, the emerging trend according to the nation’s top infectious disease experts led by  Dr. Anthony Fauci and supported by evidence on the ground, is that almost  99% of COVID-19 deaths in the United States today are among the unvaccinated.

The increased incidence nationwide today, is being driven mostly by outbreaks in places such as the Ozarks, Florida and parts of the Mountain West, areas with record low vaccination rates which is why some people now call it a pandemic of the unvaccinated. This demographic is very susceptible to infection and are more likely to spread the disease. Yet, millions of Americans continue to shun vaccines that have proven highly efficacious, resisting wearing masks and fiercely opposing government restrictions. They assert their own individual liberties over the common good.

Anti-vaxxers traditionally had centered their opposition along the line of drug safety and conspiracy theories, both of which have increasingly become harder to sell. In the ensuing debate however, they pivoted. The argument has now shifted and they frame their refusal to be all about values that reflect the freedom of choice. In order words, it’s now a civil right issue and millions have been recruited to join in the fight.

It is true that America’s founding fathers, steeped in uncommon wisdom and weary of the dangers of a coercive government, introduced the Bill of Rights, comprising the first ten amendments to the Constitution. That way, they reckoned, personal liberties will be fully protected and government powers limited. What is also true is that contrary to the understanding of so many, those liberties are not limitless.

As humans, when we ditched jungle life to embrace the sophistication of communal living in an organized society, we signed up to accommodate some constraints on individual freedom and liberty. One man’s right to throw a punch stops right at another man’s nose. Your right to choose should not come at the expense of your neighbors, co-workers, friends or family’s right to live

President Joe Biden not too ago, issued a mandate to all federal employees and contractors to either attest to getting vaccinated or undergo weekly testing. As frustrating as the issue of vaccine opposition is to an administration that is fighting hard to contain a devastating global pandemic, the President is hamstrung to a significant degree when it comes to implementing a federal action to force or incentivize getting the vaccine.

Should President Biden make any attempt to impose a federal vaccine mandate, Governors, especially in the Red States are more than likely to invoke the 10th Amendment’s prohibition on commandeering or forcing states to use their own resources to carry out federal policies. The state and local authorities, however, are better positioned since they are in possession of the statutory authority to mandate and enforce compliance. Two landmark Supreme Court decisions speak to their authority on this issue.

In 1905, a Cambridge resident by name, Henning Jacobson refused a free smallpox vaccination that was mandated by the city. Jacobson argued that the vaccination law violated his 14th Amendment due process rights and then went ahead to sue the state of Massachusetts after he was fined five dollars. He lost the case. Delivering the judgment, the Supreme Court ruled that under a state law, local health authorities could compel adults to receive the smallpox vaccine.

In another related case, Rosalyn Zucht was among the excluded students from San Antonio’s public and private schools in 1922 for refusing the smallpox vaccine. Her lawyer also argued that the vaccine policy violated Zucht’s 14th Amendment due process rights. The presiding judge, Louis Brandeis cited the Jacobson vs. Massachusetts case as a proof that it is within the police power of a state to provide for compulsory vaccination.

In both cases, the court’s majority conclusion was that states invoking general police powers had the ability to enact vaccine laws to protect their citizens. Such powers enable a state to pass laws to protect the health, safety, and overall welfare of the public. With the deep polarization in the United States today, even between conservative versus liberal leaning judges and the nation’s suffocating partisan rancor, it’s doubtful that such commonsense judgment will be heard in any American court .

It’s barely a week since getting back on the groove but not even the reboot of a relaxing three weeks vacation could provide a respite from the current onslaught. This body is already demanding another time off and it’s impossible to ignore the quiet groan beneath the white coat superhero facade.

This Delta strain is taking no prisoners and our Intensive Care Unit has become such an eerie beehive, where humans queue in line, just waiting for their turn to die. This public health crisis is causing panic and creating fear for patients and families. Healthcare workers are feeling overwhelmed, burnt out, and yes angry. My colleague is angry that not even a single soul among the very sick and dying in his unit was vaccinated.

Sadly, the whole idea of social responsibility that places an ethical obligation to try all in our power to minimize the possibility that our behavior will expose others to risk is lost on so many. There is no doubt that our world is totally consumed in the messy divide of politics and cultural wars, but the bigger problem is that the we are facing an epistemic crisis at a time when access to knowledge is at an all time high.

Dr. Agbo, a practicing doctor, is also the coordinator of African Center for Transparency and Convener of Save Nigeria Project. Email: [email protected]

Government Ekpemupolo: The only government that works in Nigeria by Osmund Agbo