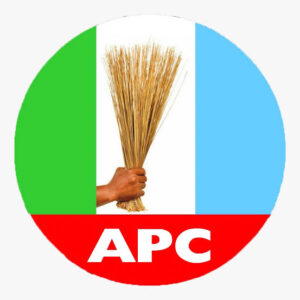 A member of the All Progressives Congress (APC) Board of Trustees (BOT), retired Maj.-Gen. J.O.J Okoloagu has fingered Enugu State Government in the lingering crisis in the party.

Okoloagu disclosed this on Monday in Enugu while briefing newsmen on his alleged suspension by the former acting Caretaker Committee Chairman of the APC in the state, Mr Ben Nwoye.

Recall that Nwoye had while briefing newsmen recently, announced the suspension of a number of APC chieftains in the state.

However, Okoloagu described such purported suspension as a hoax.

He expressed shock that Nwoye, who was impeached due to his alleged penchant to hobnob with the Peoples Democratic Party (PDP)-led government could turn around to suspend him.

He described the purported suspension as the action of those bent on trading off the party in the state.

He blamed the inability of the party to win ordinary councilorship election in the last seven years in the state on the actions and inactions of Nwoye during his time as party chairman.

Okoloagu said that the removal of Nwoye was affirmed by the national leadership of the party as a means of checkmating moles in its fold.

“I am one of the persons who said that if APC would win elections in the state, we have to dispense those who have held us down and that was what the State Executive Committee of the party did.

“They informed us and we say okay. To my greatest shock, he did not find out why he was removed and he started installing his own structures,” he said.

He said that Nwoye ceased to superintend the affairs of the APC in the state the day he was removed, adding that all his actions and decisions, thereafter, were of no consequence.

Okoloagu said that the party in the state had found its bearing since the removal of Nwoye, adding that the APC would win the state in 2023.

“We have done the ward and local government congresses and we succeeded. Next is the State Congress and Nwoye must not be allowed to organise it,” Okoloagu said.

When contacted, Nwoye said that he was not ready to join issues with anyone in the matter.

Also, efforts to get Enugu State Commissioner for Information, Mr Chidi Aroh to react to the alleged involvement of the state government in the APC crisis proved abortive as he neither answered his call nor respond to a text message sent to him.