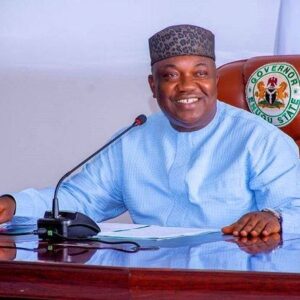 Enugu State Government has debunked allegations that bother on land grabbing, destruction of economic tress and cattle ranches leveled against its agency in charge of housing development.

Recall that one Anthony  Eruchie had accused the corporation of grabbing the property, destroying 35 to 40 years old plantation/cattle ranch belonging to his 85 years old father, Chief Christopher Eruchie.

Eruchie also alleged that the corporation used fake court order to carry out the action, adding that cash crops worth millions of naira were destroyed and over 250 cows and uncountable number of goats missed in the process.

However, Chukwuemelie described the allegations as malicious, unfounded and an attempt to drag the image of the corporation to disrepute.

He said that the corporation duly entered into partnership with Benchyke Nig. Ltd., the owners of the property to develop the site.

“The corporation entered into the property with a court judgment in suit no. E/593/017 that clarified the real owners of the parcel of land which was in favour of Benchyke Nig. Ltd.,” he said.

He said that Benchyke Nig. Ltd. had gone further to obtain warrant of possession from the court which activated its title over the property and possession duly executed.

He said that it was sad that the Eruchie family had employed the use of self help to avert a substantive court judgment over the said property. 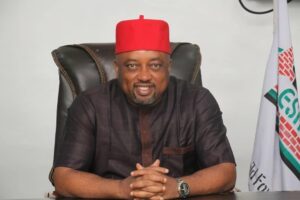 “The corporation in exercise of its power to acquire land under Sect. 17 of Enugu State Housing Development Corporation Laws, Cap 58 of 2004, negotiated and acquired the land formally,” he said.

Chukwuemelie said that the land was acquired  from the three different communities who were the original owners, including the Nokpa/ Umuewene Iji Nike and Ozalla Abor Communities in Enugu East Local Government Area.

“The transaction is embodied in an agreement of land acquisition between the parties gazetted in Enugu State Government official gazette dated Nov. 28, 2020 in Volume 29,  no 5 ISSN 1116-2971,” he said.

He said that the corporation upon enquiry and In furtherance to its  pursuit for diligence and due process discovered that the Eruchie family made a bogus claim to the ownership of the property.

“The purported title of Christopher Eruchie was subjected to scrutiny by Enugu State Ministry of Lands and Urban Development through the Enugu State Police Command which wrote a report dated Sept. 17, 2020 with reference no LEN/32051/ in Vol. 11/200.

“The report stated that Eruchie’s title over the land is not registrable and not registered at the ministry of lands contrary to his claim of possessing Certificate of Occupancy in respect of the said land.

“Christopher Eruchie is standing criminal trial in charge no CME/270C/2020 for forcibly converting a parcel of land without colour of rights, holds possession of it in a manner likely to cause a breach of peace,” he said.