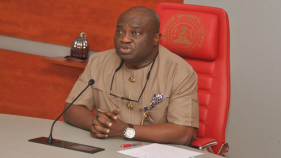 A Non Governmental Organisation (NGO), Foundation for Environmental Rights Advocacy and Development(FENRAD), has called for an unbiased investigation into the killing of one Daniel Ogbonnaya, 17, in Aba, Abia State.

A statement by FENRAD on Friday, urged the Abia State Environmental Protection Agency (ASEPA) to come clean throughout the pendency of the matter.

Recall that Ogbonnaya was allegedly mauled to death by 5:30pm on Sept. 12, 2021 by one Mr Ugonna Okeugo, who is reportedly a staffer of ASEPA.

It was gathered that the deceased on the said day left his residence at 36 St. Michael’s Road to dispose waste at a nearby ASEPA dumpster at Asa Road.

Ogbonnaya, like others before him, reportedly disposed the waste on the floor as the ASEPA dumpster was filled.

However, his killer who allegedly acted on an order of another man identified simply as ‘Biggy’, ran after the deceased and dealt him a blow that killed the teenager instantly.

Meanwhile, the statement appealed to the state government to ensure that justice was served on the matter by ensuring that all those involved in the death of the teenager were brought to book.

It berated a statement credited to the Deputy Director General, ASEPA, Aba Zone, Mr Rowland Nwakamma, who made futile attempts to exonerate staffers of the agency for complicity in the incident. 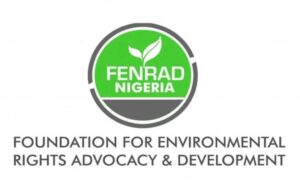 “FENRAD has noted the statement credited to Nwakamma, who among other things, said that staffers of the agency closed by 4:30 pm on the said date of the event.

“Much as this sounds as an alibi, it does not yet suffice and we call on ASEPA to come clean throughout the pendency of this matter as human life is more vital than any other business.

“The agency should ensure that the truth is established as there is no other agency charged with the environmental mandate of the state outside it,” it stated.

The statement noted that FENRAD would follow the matter to a conclusive end, especially, as the suspected killer of the teenager was arrested and cooling off at Central Police Station, Area Command, Aba.

“The suspect must be made to face the law and the identity of ‘Biggy’  established, including who he work for,” it stated.

The statement noted that FENRAD condoled with the family of the deceased and called for adequate compensation to them.