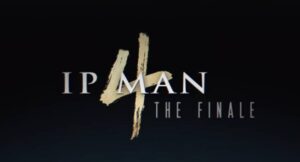 The Independent Petroleum Marketers Association of Nigeria (IPMAN) has suspended its strike and directed its members in Enugu depot to resume supplies of petroleum products.

The National President of IPMAN, Alhaji Sanusi Fari disclosed this in a statement on Saturday.

Recall that the national leadership of IPMAN had on Thursday directed the withdrawal of their services at Enugu loading depot of the Nigerian National Petroleum Corporation (NNPC) with effect from Friday.

The National Executive Committee (NEC) of IPMAN attributed the directive to an alleged attack on their secretariat in NNPC, Enugu depot on Thursday by men of the Nigeria Police Force.

The foregoing halted the supply of petroleum products to Enugu, Ebonyi and Anambra, a situation which caused a significant hike in the pump price of Premium Motor Spirit (PMS) in the affected states.

Meanwhile Fari said that the NEC of IPMAN had reviewed the situation and directed their members to resume their services and operations.

“As a result of the intervention of higher authorities in the unwarranted and unprovoked invasion of our secretariat at Enugu depot, the NEC of IPMAN has called off our strike actions.

“Normal services and operations will immediately resume in the affected states of Enugu, Ebonyi and Anambra to allow for fruitful discussions.

Ikengaonline reports that as at Friday, a litre of PMS sold as high as N250.00 in the open market and N500. 00 in the black market in the affected states.

However, the pump price of PMS has returned to the regulated price of N165 following the suspension of the IPMAN strike.