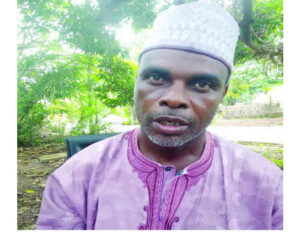 The Miyetti Allah Cattle Breeders Association of Nigeria (MACBAN) has applauded the rollout of the National Animal Identification and Traceability System (NAITS) in the South-East.

The South-East Zonal Chairman of MACBAN, Alhaji Gidado Siddiki disclosed this to newsmen on Wednesday in Enugu.

Siddiki described the scheme as a problem-solving mechanism that would improve the safety of herders and their cattle in the forests.

He commended the Federal Government for introducing the policy of identifying and tracking livestock from points of birth to slaughter.

He said that the NAITS was a more advanced method of controlling and monitoring livestock, and herders.

He said that the scheme would make for more enhanced sanity in the activities of herdsmen, and limit criminality in the bushes.

The zonal chairman said that MACBAN would do its best to facilitate the education of its members in the zone in livestock tracking.

“This scheme points to the disposition of the government towards responding to the emergent needs for a carefully structured plan in the business of livestock breeding and movement across Nigeria.

“It is very true that our herders frequently suffer the loss of their livestock in the hands of marauders in the bushes,” he said. 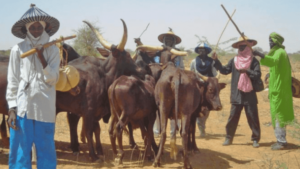 Siddiki, however, called for a simple action plan that would make the herders easily understand the scheme, given that they were itinerant and less educated.

“We appeal for due consideration in terms of logistics to enable us perform optimally in instructing the herders on the relevance of complying with the scheme,” he said.

He said that MACBAN would wish that the NAITS would slow down the move to ban the traditional system of cattle grazing in Southern Nigeria..

He said that MACBAN did not  have anything against modernisation.

“However, we implore the authorities to properly work out an economic and orientation structure that will accommodate the transition from traditional to modern system of cattle breeding.

“We appreciate the governors, traditional rulers, security agencies and other stakeholders who have contributed toward the relative peace that we find in the course of our cattle business in the South East,’ Siddiki said.

Ikengaonline reports that the NAITS is aimed at curbing livestock rustling and related criminalities and will assist in identifying and tracing livestock through electronic tags.

The system will also help to identify pastoralists who own livestock and check the use of underaged children as livestock labourers.