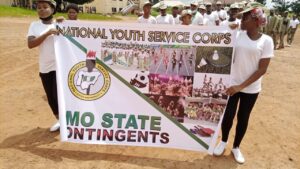 The National Youth Service Corps (NYSC) says its ongoing sports and cultural festival will further promote the unity and integration of the country.

The Director, NYSC South-East Area Office, Mrs Ngozi Nwatarali, said this in Enugu on Wednesday during the opening ceremony of the 2020 edition of the annual festival.

Nwatarali said that the festival was also aimed at exposing corps members to the culture and traditions of their host communities in order to showcase the cultural similarities of Nigerians.

The director said that the event would afford participating corps members the opportunity to showcase their skills and to bring those who would excel to national limelight.

“Let me commend the participants and their trainers for the painstaking preparations and measures put in place so far for the successful conduct of the preliminary competitions.

“I wish to further reiterate the need for the participants to display a high sense of decorum and discipline and to abide by the established guidelines throughout the duration of this event,” She said.

Also, the State Coordinator, NYSC Enugu, Sam Ujogu, commended the contingents from the participating states for the spirit of sportsmanship so far exhibited.

Ikengaonline reports that seven states are participating in the Southeast Centre. 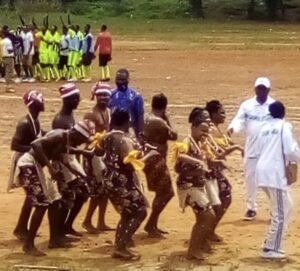 Winners of the preliminary stage are expected to compete at the grand finale of the festival to be held later in Abuja.

The ceremony was also graced by the Enugu Commissioner for Youth and Sports, Manfred Nzekwe, who was represented by the ministry’s Director of Sports, Boniface Onovo, amongst others.