Of Bigmen’s Children, Boko Haram and An Unholy War by Hassan Gimba 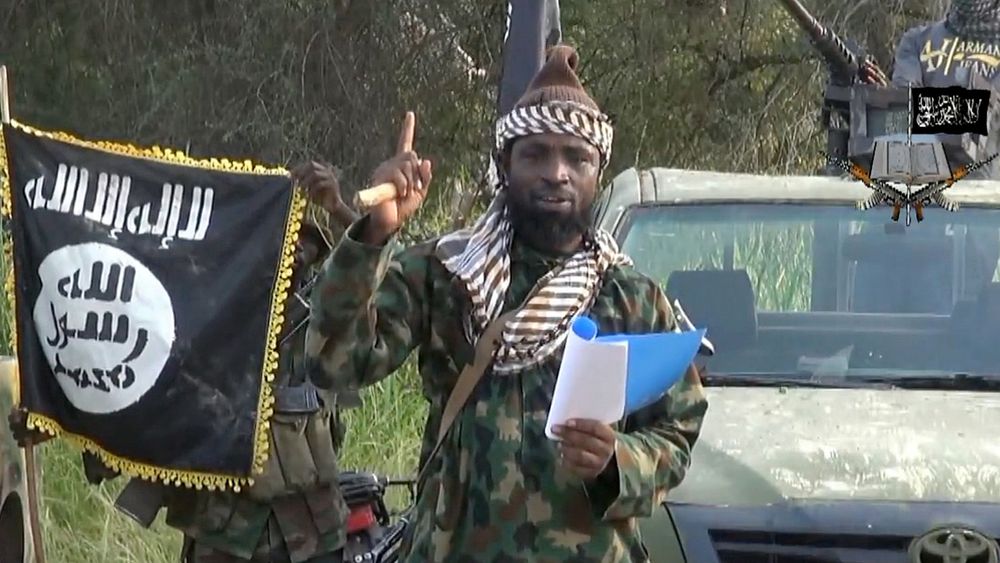 From the beginning, the quasi-Islamic jihadist movement with the high-sounding name, Jama’atu ahlus sunnah lidda’awati wal jihad, loosely translated to mean “People committed to the propagation of the Prophet’s teachings and jihad”, was anti-West. Many believe, albeit erroneously, that Boko Haram started in Maiduguri, Borno State, in 2002 and that the founder was Mohammed Yusuf.

The group, not with its latter-day and most known name, started in the mid-‘90s in Yusufari, Yobe State. Popularly called “Taliban” or “Sahaba”, a name derived from what the prophet’s companions are called, it comprised mostly the children of the well-to-do in the society. With white as their preferred choice of colour, they were always attired in white garments and used camels for their transportation.

They were mainly idealistic youths who opted to shun worldliness, sacrifice the flesh and nourish their souls in seeking the favour of Allah. They started romanticising a Utopian world where God does for them whatever they fancied. That was what governed their thoughts, and they concluded that the best way to achieve that was by divorcing themselves from a world filled with sin.

Most of them came from Borno and Yobe states, and being from the same social class and having met at the university, that of Maiduguri precisely, they all agreed to migrate (hijrah) to a virgin land where they would worship their God undistracted by temptations that feed the flesh and starve the soul. They chose the desert of Yusufari in Yobe, bordering the Niger Republic.

Alhaji Bukar Abba Ibrahim, a three-term governor and three-term senator, was the governor of Yobe State then. Those whose children got involved were top shots in the two states. Naturally, the Yobe State Government was concerned that ‘heirs’ were derailing and abandoning the path being paved for them. What to do? Disperse them as gently as possible, causing no harm to the prodigal children. And so the government, using the security agencies, tenderly dislodged them with each bigwig advised to rein in his ward so as not to lose his scion.

The kids sired by the elite got ferreted out of the country to Europe, America and Asia to study and, in the course, got drowned in the world. Better take the path of the world than the futureless life of asceticism they were so enamoured with, their bigshot parents in government thought.

They left those sired by the nobodies stranded with nobody to give them succour. They did not in reality do anything that may warrant the government giving them ‘amnesty’ then, but a serious society would have done something about those idealistic kids whose eyes were blazing with religious fervour. But no, society left them to their devices. And so they congregated in Maiduguri and paid allegiance to Mohammed Yusuf, who started his rise to infamy.

Most of the sect’s early adherents dropped out from western education-based schools, from primary schools to tertiary institutions. Some of those who had completed such schools tore their certificates. It became an obsession for the Boko Haramites to stop western education wherever they could.

Some measures they took included but were not limited to abducting school children, killing some of them, and burning their schools. In one such gruesome campaign, they slaughtered 59 young boys in their sleep at Federal Government College, Buni Yadi, Yobe State, on February 25, 2014. They also razed twenty-four buildings in the school.

Similarly, later in the year, on November 10, one of their suicide bombers, disguised as a student, detonated an explosive device during a morning assembly session at Government Senior Secondary School, Potiskum, in Yobe, killing 47 students and maiming 79 others, some for life.

In between the two massacres, on April 14 they hit Government Girls’ Secondary School, Chibok, Borno State, and abducted 276 of the students, aged between 16 and 18 – a raid that forced the entire world to sit up and take note. Seven years have gone by and over a hundred of these girls are yet to be accounted for. Then, four years later, on February 19, 2018, there was another mass abduction of schoolgirls at Government Girls’ Science and Technical College, Dapchi, Yobe State, where about 110 schoolgirls were carried off in a strike reminiscent of Chibok. Weeks later they were released, but not before the death of five others, and returned to their town by their captors, except one Leah Sharibu, who would not accept being forcefully converted to their form of Islam. Authentic Islam frowns at forced conversion.

While the North East is daily getting free of the menace of Boko Haram, with life slowly but steadily returning to normal, it is not so for the North West and the North Central. Appendages of Boko Haram in the disguise of bandits, herdsmen and kidnappers are having a field day abducting people at will. Herdsmen’s nefarious activities, which started taking a turn for the worse in Zamfara State in 2011, are now more complementary to Boko Haram’s.

Mass abductions of pupils and students have become so commonplace in Zamfara, Kaduna, Katsina and Niger over the last two years that it is no longer ‘unexpected news’.

These brigands go to houses in towns and schools to take whoever they fancy, and whenever they want. Apart from turning kidnapping into a lucrative vocation where they rake in hundreds of millions by squeezing family members, they have forced state governments to do their bidding by shutting down schools. Some states have ceded roads and sizable portions of territory to them. Sad, but that is the reality – a sort of victory for those who believe there should not be western education.

Those who were left to their own devices when the bigshots took their kids abroad have now forced all of us to sleep with eyes wide open. They have unleashed an unholy war on all of us, the haves and the have nots. In the process, they have recruited foot soldiers in almost all sectors of society. They have their sponsors, informants, associates, suppliers and apologists among politicians and the clergy. Those that minister to them can also be found in the security sector, among students, trade unions and the business class.

Insurgency and related criminal activities have taken their toll on the North. In every society, those between the ages of 15 and 40 build it up, being the most vibrant age bracket. But those in the region’s most active age group are daily joining the increasing groups of bad eggs or spending energy running away from them.

The North has long suffered this breakdown of law and order. It has crippled the economy of the people and the people’s mainstay, agriculture, has taken a back seat because of the nefarious activities of the criminals. People in many parts of the region cannot go to their farms, and where they could, they have to pay taxes to insurgents or bandits.

As a result, revenue generated by states has fallen to an all-time low. The revenue from agricultural produce, livestock production and personal income tax, except for those in government employment, has thinned out. Many businesses – big, medium and small – have closed shop, throwing more able-bodied youth into the unemployment market, further putting stress on society and fueling more reasons for social discontent.

Things in the North East, as earlier stated, are getting better and the current successful onslaughts recorded by our security operatives in the other parts of the region are commendable. Hopefully, the government has woken up from its inertia and has taken the bull by the horns. Nigeria looks forward to having a peaceful and secure North.

To avoid regressing to the days (of course we are not yet out but hopefully soon) of fear, Northern states must aggressively pursue all means to improve their internally generated revenues. There should not be any hypocrisy in that. I truly believe Islam forbids the consumption of alcohol. Not only that, it prohibits its production, transportation, sale, or using the proceeds of the sales. Therefore, if you are a genuine believer who destroys alcohol in your town, refusing its sale and punishing those who take it, why should you gleefully accept any money, in whatever name, from the proceeds of its sale?

By the way, do bicycles and dogs have licenses anymore like we used to see decades ago? There is an increase in using bicycles with the banning of motorcycles for security reasons across the states. Northern state governors must think out of the box for their states to survive. They need to build projects, not for fancy, but those that can bring more revenue to their states. They need to open up the hinterlands and invest in education and health. A healthy, educated person will feed himself and others and can generate revenue.

I believe when all states start generating reasonable amounts of revenue, the country’s unity will be cast in concrete and guaranteed. Come to think of it, each state will have what the others need and we will look at none as a parasite because each contributes a necessary portion to the general purse.