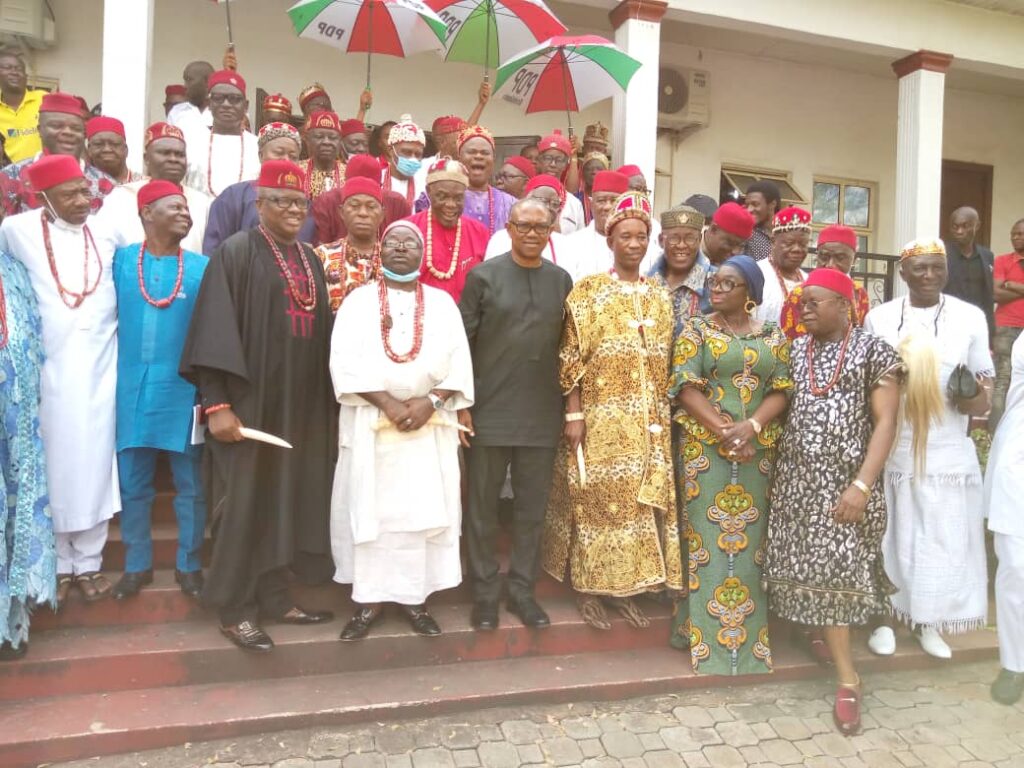 Ex- Governor of Anambra State, and the 2019 vice-presidential candidate of the Peoples Democratic Party, PDP, Mr. Peter Obi, has finally declared interest in the 2023 presidential race.

Obi who made his intention known during a meeting with the Anambra Traditional Rulers at the State Government House, Awka, promised to ” make Nigeria work again if given the opportunity”.

Addressing the monarchs, Obi said his intention was borne out of the desire “to rebuild Nigeria and make the country work”.

He also assured that his government would “install security that is needed to attract investment and development of the country”.

“After a careful study of Nigerian situation I found out that Nigeria today is too divided and I believe that by the grace of God, the government  I would lead will re-unite Nigeria.

We need unity and peace for the progress of the country. Nigeria today is insecure. The government I’ll lead will secure Nigeria. We need security to attract local and foreign investments.

“The government I will lead will manage Nigeria’s resources efficiently and effectively for production. We will invest in critical areas of development – education, health and pulling people out of poverty; we have to create jobs for our teeming youths.

“I have done a careful study of Nigeria and I tell you that if I am given the opportunity, I’ll turnaround this country.

“What Nigeria needs is people with capacity, competence and willingness to manage the resources of the country efficiently and effectively and I have managed these in the private sector.

“We want to move from consumption to production, from waste to investment so we can build a better future for our country.

“I want to have a secured Borno, Sokoto States as I want Onitsha to be secure. I want people in Enugu, Minna to celebrate Nigeria.”

Following his declaration, the monarchs who turned in their large numbers declared their full support to Obi’s aspiration.

They noted that his (Obi’s) aspiration “is the aspiration of Ndigbo”, and would not relent in throwing their support.

They stated that the traditional rulers as well as the entire people of the region would not fail to support his ambition to become the President of Nigeria in 2023.

In a related meeting with the Anambra State Association of Town Unions (ASATU), Obi  said he would make Nigeria the economic hub of Africa if elected into power.

Responding, ASATU members assured him of their unflinching support to his aspiration, saying “he is the trusted person for the journey”.