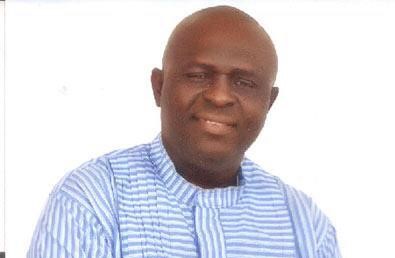 The Association of South-East Town Union (ASETU) says it will expose saboteurs of the aspiration for the zone to produce the president of Nigeria in 2023.

The National President of the association, Chief Emeka Diwe, disclosed this on Friday in an interview with Ikengaonline in Enugu.

Diwe, who spoke on the sidelines of the recent presidential primaries of All Progressives Congress (APC), and Peoples Democratic Party (PDP), said that the two exercises had exposed the real saboteurs in the South-East.

He said it was sad that some South-East delegates from the two parties who were chosen to represent the interest of the zone went there to fester their nests.

He said that such delegates practically sold out their Igbo brothers and voted for aspirants of other regions because of pecuniary reasons.

“Shamefully, only 40 votes from this number went to South-East aspirants. It is important to mention that 39 of the 40 votes came from Ebonyi State delegates.

“The question is, ‘who did other South-East delegates vote for?’ Certainly, contestants from other zones,” he said.

Diwe said that ASETU was impressed with the delegates from Ebonyi State who protected the interest of the zone.

“They are the true sons of their forefathers and have made the Igbo Hall of Fame with appropriate ranks and designations.

According to Diwe, the association has directed all the Presidents-General in the affected areas to compile the names of the deviants for committal unto a disgraceful ‘Hall of Shame.’

Diwe said that the circumstances surrounding the rejection of the zone by the two major political parties, APC and PDP, were inexplicable.

“ASETU condemns the outcome of the presidential primaries of the two major political parties, whereby, they hatefully failed to produce South-East presidential candidates.

“The outcomes confirm the deep-rooted hatred for Ndigbo by other tribes in Nigeria.

“This sordid marginalisation of Ndigbo within the Nigerian political space is the reason for our continuous cry over the years and our fear is that it has graduated to the state of alienation,” he said.

Diwe commended some presidential aspirants from the zone, including Dr. Ogbonnaya Onu and others who with courage and boldness spoke against the injustice meted to the zone.