2023 presidency: I will draw inspiration from my late father — Kola Abiola 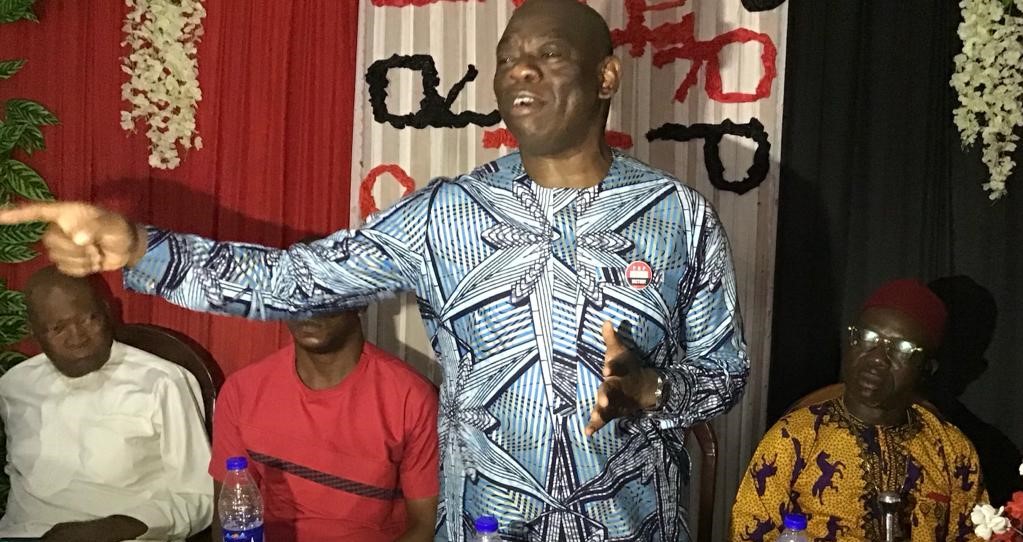 A presidential aspirant on the platform of Peoples Redemption Party, PRP,  Mr Kola Abiola says his inspiration to win the 2023 presidential election is from his late father, Chief M. K. O. Abiola.

Abiola disclosed this on Thursday in Enugu during a meeting with PRP delegates in the South-East ahead of the party’s presidential primaries on June 5.

The aspirant said that he would leverage on the ideals of PRP to change the dynamics of politics in the country and breath fresh air to Nigerians.

“PRP is the oldest party in Nigeria and I am in the party for the right reasons. We want to prove that things can still be done rightly. We represent a fresh idea,” he said.

Abiola said that if voted as the president in 2023, he would ensure the full participation of youths in governance.

“I will like to see a repeat of the June 12, 1992 presidential election and the only way to do this is to reach out to the youths.

“I will mobilise our youths to come out and vote because they constitute over 60 per cent of our population,” he said.

He said that his decision to run on the platform of PRP was a way of showing the youths that things were done rightly in Nigeria in the past.

“I joined PRP because it will deliver a lot more than me. I will do my best to get more Nigerians involved in running the country.

“My personal target is to make sure that 40 per cent of elective positions in the 2023 elections in Nigeria are won by PRP candidates,” he said.

Abiola said that if elected as the presidential flag bearer of the party, “ I will campaign with every PRP candidate across the country.

“We will not do it by throwing money around but by mobilising those in the grassroots,” Abiola said.

Earlier, the PRP South-East Zonal Chairman, Mr Peter Okafor, described Abiola as one of the best brains in the presidential contest.

Okafor said that Nigerians needed a president that would correct the mis-governance of the past, adding that Abiola would deliver if given the mandate.

In a vote of thanks, one of the gubernatorial aspirants of the party in Enugu State, Mr Chukwunonye Ogbe, said that Nigeria needed a leader that would redeem the country.

Ikengaonline reports that Chief M. K. O. Abiola was the presidential candidate of the Social Democratic Party in the 1992 presidential election.

The June 12, 1992 presidential election, adjudged to be the most credible election in the history of country was later annulled by the head of the then military junta, Gen. Ibrahim Babangida.