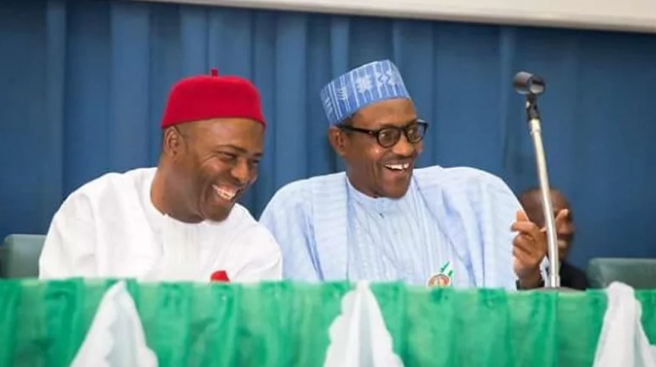 Ahead of the All Progressives Congress, APC, primary election, lawmakers in Anambra State have re-echoed the call for the consideration of aspirants of the South-East extraction to emerge the flag-bearer of the party for the 2023 presidential election.

The legislators made the appeal while speaking with journalists in Awka.

They stated that the consideration would give the South-East opportunity to produce the president to lead the country.

According to them, the emergence of a Nigerian President of Igbo extraction will douse the tension and agitations in the South-East.

Member representing Dunukofia Constituency in the Anambra State House of Assembly, Lawrence Ezeudu urged the party leadership to choose its presidential candidate among Igbos in the party in the presidential race as all of them are competent to lead Nigeria.

The lawmaker who stated that ceding the presidential ticket to the South-East would ensure a more united Nigeria, also noted that  “South-East is still the only region that has not had a shot at the Presidency since after the civil war.”

He maintained that it is justifiable to zone the presidential ticket to the South-East considering that it is already a settled issue that power will rotate between the North and the South.

On his part, the member representing Njikoka Constituency One, Dr Timothy Ifedioramma advised Ndigbo in APC to jettison their selfish interest and produce one candidate from the South-East for the All Progressives Congress presidential primary election in order to achieve their aspiration.

Recall that President Mohammadu Buhari had at a meeting with Governors of APC asked for  supports to enable him pick candidate that would replace him at the expiration of his tenure in 2023.

The lawmakers said time had come for the President to choose his successor from the South-East as this approach will not only douse tension in the zone but will also strengthen the faith of the South-East in Nigeria as well as the bond that holds Nigeria together as one indivisible and united country.