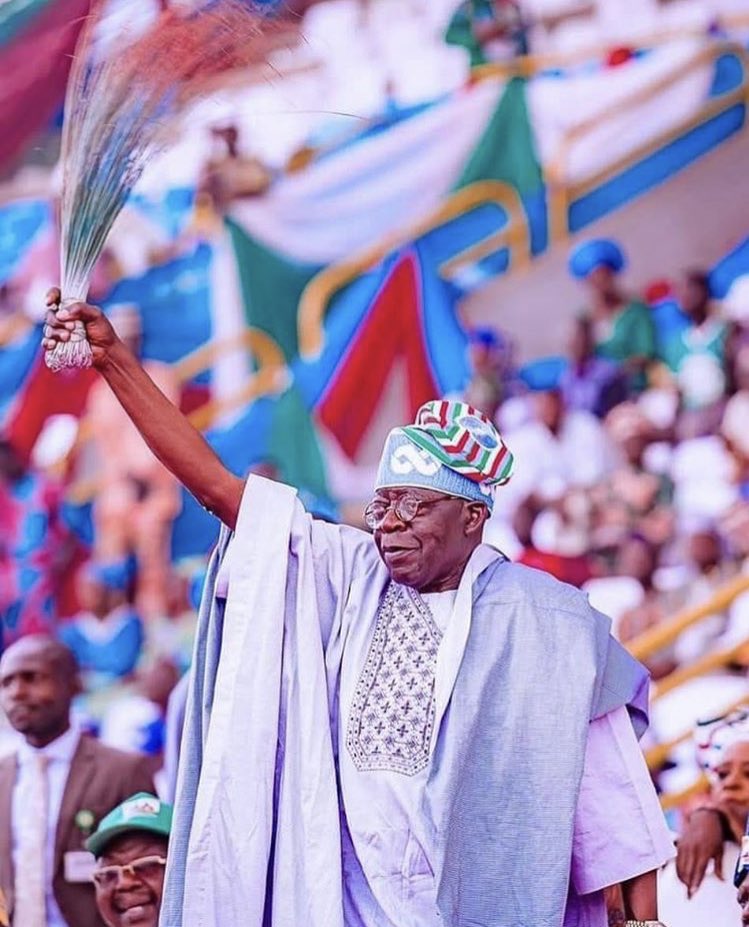 Former Lagos State Governor, Bola Ahmed Tinubu has finally emerged as the presidential candidate of the All Progressives Congress, APC, for the 2023 presidential election.

The APC chieftain polled 1,271 votes to floor 13 other contenders some of whom scored zero votes.

Tinubu had before the balloting gotten the endorsement of six aspirants, who stepped down for him.

The immediate past Minister for Transportation, Mr Chibuike Rotimi Amaechi, came a distant second with 316 votes; while the Vice President Yemi Osinbajo, placed third with 235 votes.

The result of the primaries is as follows:

The total rundown of states and their respective accredited delegates are as follows:

Ikengaonline reports that it was, however, not a smooth sail for Tinubu. Before the convention, the national chairman of APC, Abdullahi Adamu, announced to the National Working Committee (NWC) of the party that Ahmed Lawan, the senate president, had been chosen as the consensus candidate.

The decision reportedly did not go down well with the northern governors who had earlier stated that they would want their presidential candidate to emerge from the South after eight years of President Buhari describing it “as a matter of equity and honour.”

In a similar vein the Southern APC governors also had rejected any suggestion of Senator Ahmed Lawan as consensus candidate with Arakunrin Rotimi Akeredolu, the governor of Ondo State and Chairman, Southern Governors’ Forum, describing the attempt to foist Lawan as “an expensive joke.”

With the collapse of all the plots for a consensus candidate, APC had no other choice than to embark on voting.

Ikengaonline reports that Tinubu’s victory at the primaries will make him face former Vice President, Atiku Abubakar, who holds the presidential flag of the main opposition Peoples Democratic Party, PDP; and former Anambra State Governor, Peter Obi, of the Labour Party, at the 2023 poll.