Empty streets in Umuahia as Kanu appears before Abuja court 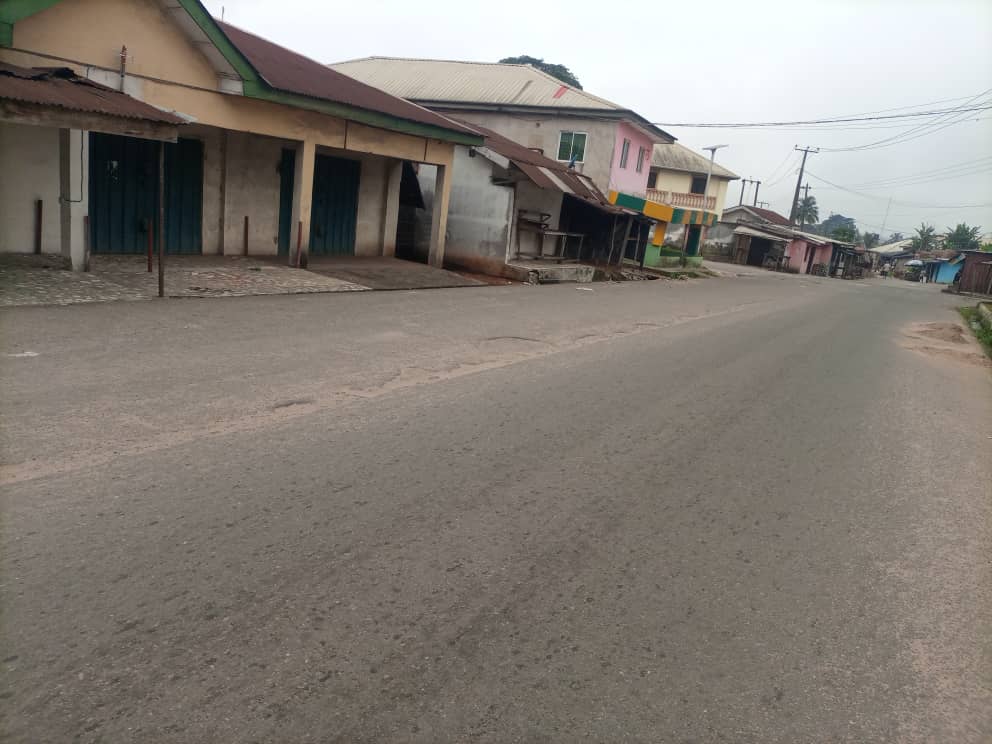 Streets in Umuahia, the Abia State capital, were Tuesday deserted as residents stayed indoors in total compliance with the solidarity sit-at-home order in honour of the detained Leader of the Indigenous People of Biafra, IPOB, Mazi Nnamdi Kanu, due for appearance in Abuja Federal High Court today.

Ikengaonline had reported that the Federal High Court sitting in Abuja Tuesday presided over by Justice Binta Nyako had dismissed a fresh application for bail brought by Kanu’s lawyers on his behalf.

Apart from occasional movements of tricycles and vehicles the streets were virtually deserted.

Banks and motor parks and markets were all shut down.

Schools did also not open as students and pupils were on Friday last week, asked to stay back in their homes on Monday and Tuesday.

The exercise monitored by our Correspondent was however peaceful as at the time of filing this report.

There has been sit-at-home everyday Kanu who is facing treason charge appears in court since his arrest and rendition to Nigeria in June 2021.