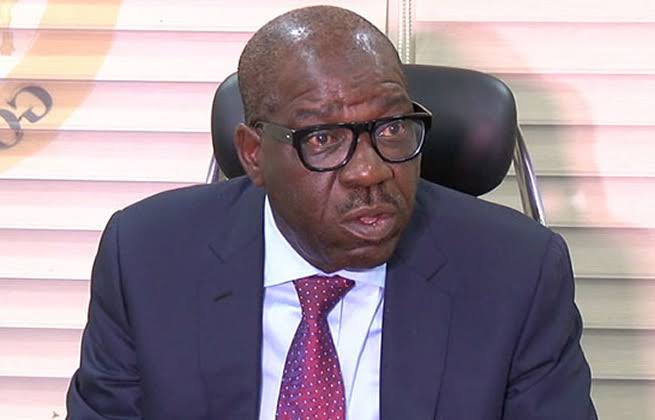 Governor Godwin Obaseki of Edo State, has confessed that there is so much disenchantment in Nigeria against the ruling All Progressives Congress, APC; and the main opposition Peoples Democratic Party, PDP, ahead of the 2023 general elections.

The Governor who made the confession in a viral video while speaking on the outcome of the just-concluded Ekiti State governorship election, said that the failure of the PDP to come second at the poll was a danger signal that Nigerians are tired of the two major political parties.

Alluding to the presidential flag bearer of the Labour Party, Mr Peter Obi, the Edo State Governor said that many people especially youths “are now ‘Obi-dient’; they are not looking the way of APC or PDP anymore.”

According to Governor Obaseki, there is a growing demand among the people especially youths to bring an alternative political party to power.

“I do not know whether you are closely watching what is going on; the level of disenchantment within the parties. I am sure in all of our homes now, we have so many people now who call themselves ‘Obidients.’

“I don’t know whether you have them in your house. Just ask them, ‘which party are you?,’ they will say ‘Obidients’; you understand.

“They do not want us; they are not talking about PDP or APC. They are looking for alternatives and they are many. You see all of them queuing for their PVCs now.

“They are not looking at the direction of PDP or APC now. They are looking for alternatives.

“If we do not curb this, if we do not make our party attractive, I do not know what will happen in the next elections,” said the Governor.

Obaseki noted that the two major political parties have to change if they are interested in getting power in 2023.

There has been growing support in the social media for Obi who many youths from across the country see as a beacon of hope.