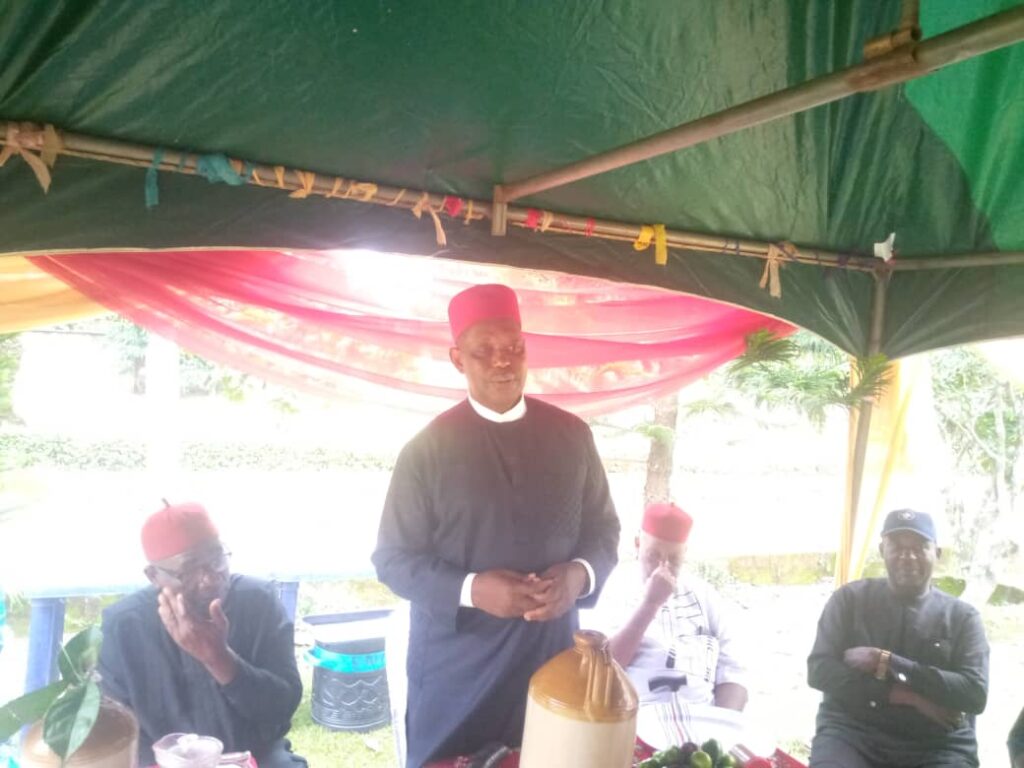 Apex Igbo socio-cultural organisation, Ohanaeze Ndigbo, has blamed the individualistic approach of politicians and leaders in the zone as responsible for setbacks in the region’s quest to produce the president of the country in 2023.

Chief Ogene who spoke on the country’s emerging issues ahead of the 2023 general election, explained that actions and divisive attitude of some Igbo leaders have not helped the Igbo agenda so far in the Presidential race.

According to him, “there are issues affecting Ndigbo with regards to the coming general election next year. It is about ten months before the election; I won’t say things have worked out the way Ohanaeze Ndigbo had expected.

“In spite of sustained efforts and advocacy to ensure that most political parties, especially the major political parties field candidates of Igbo extraction as their Presidential candidates, things eventually did not work out that way which I must say is very unfortunate for the country.”

The Ohanaeze chieftain said the political class in the South-East frustrated efforts of Ohanaeze Ndigbo in championing the course for a president of Igbo extraction and maintained that even the performance of the region’s delegates to the conventions with exceptions to Ebonyi was a slap on the expectations of South-East geopolitical zone.

He said: “It is sad to note that all the delegates to the conventions were more or less controlled by the leadership of their various political parties which was reflected in their voting pattern.

“South-East Governors Forum and Ohanaeze Ndigbo cannot be totally exonerated from the outcome of those conventions. Their actions made it clear that there is leadership vacuum in the South-East region because failure of South-East Governors to have a united front at this critical time is quite regrettable.

“As far as I know, not for one day did I hear of their meeting to take a stand and position on the 2023 general elections. They were so individualistic in their approach towards this fundamental and decisive issue to the extent that information we received alleged that some South-East Governors coordinated delegates for candidates from other geopolitical zones.

“Similarly, Ohanaeze Ndigbo leadership equally has some part of the blame because when it was obvious that the Governor’s were failing, Ohanaeze Ndigbo never met to discuss and invite the aspirants as we used to do before, to address them on the need to prone down number of aspirants.

“When I fore-saw this coming, I made attempts to reach the chairman of South-East Governors Forum, Governor David Umahi, who did not respond to my calls. I also made calls to Governor Hope Uzodimma of Imo State as well as sent message without receiving any response.”

Chief Ogene, though, commended the Ebonyi State governor for his governance style and his doggedness at the APC convention, assured that efforts are in top gear with profiled Igbo elders to bounce back on track for Igbo to achieve her agenda in the 2023 election.

Commending Peter Obi’s Labour party dimension, Chief Ogene who is a former President of Anambra State Association of Town Union (ASATU) said that Obi’s “emergence as the Presidential Candidate of the Labour Party has brought a new dimension in Nigeria Politics.

He said “Obi is a candidate that gained immediate national and to some extent international acceptance. This is not because of Presidency of Igbo extraction or rotational Presidency. Neither is it because of ethnic or religious reasons. Rather, it is because Peter Obi stands for those who want to enthrone a new political and social order that will end recycling of leadership that has become a burden to Nigerians.

“His emergence has engendered a mass movement that will have a similar if not stronger impact like the #EndSARS Protests because people see in him a candidate that will evolve a new Nigeria with ability and capacity to change the way things are being done by upholding progressive ideology that is not based on tribe, religion or political leaning.”