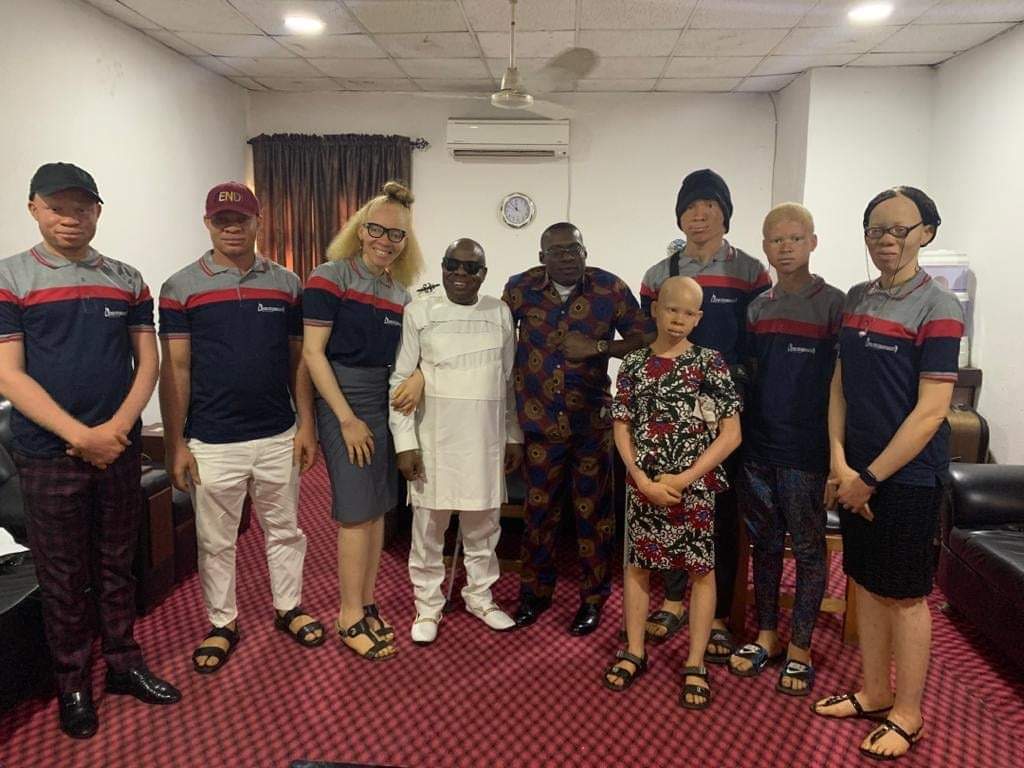 The Anambra State Association of Persons with Albinism (ASAA) has expressed sadness over discrimination, stigmatisation, and inhuman treatment of members because of their skin colour.

The group called for a total attitudinal change and perception of the public on persons with disabilities in the state.

Commemorating this year International Albinism Awareness Day organised by ASAA over the weekend at Prof Dora Akunyili Women Development Centre Awka, Chairperson of ASAA, Comrade Vivian Ezeonwumelu, in her address, enumerated many ill treatments meted on her disability group as a result of the colour of their skin.

According to her, “Persons with Albinism are denied employment opportunities because the employers think persons with disabilities are not competent.”

She also said, “children with Albinism are not given educational right like others while getting married to an albino is perceived as a taboo.”

Speaking further, Comrade Ezeonwumelu noted that persons with albinism are human beings and aught to be treated alike.

She called on the government of Anambra State to assist them in providing free or subsidized medical care to reduce high rate of skin cancer in the Albinism Community.

She further emphasized need for the inclusiveness of persons with disabilities in societal development.

She decried the high increase of Domestic Violence experienced on a daily basis and called for patience and tolerance among couples in the society.

In his remark, the Chairman Joint National Association of Persons with Disabilities (JONAPWD) Anambra State Chapter Comrade Ugochukwu Okeke, stated that it is not business as usual as matters of persons with disabilities are now treated as subjects of right and no longer objects of charity.

He explained that passing Anambra State Disability Rights Law ASDRL since 2018 has continued to propel Anambra State as the light of the nation as Anambra State remains the only state in the South-East that has a law that protects the rights of persons with disabilities.

Meanwhile, Commissioner of Women and Social Welfare, Madam Ify Obinabo, represented by the Director of Women Affairs, Mrs Hope Ekesiobi, encouraged persons with Albinism to always work on their self-esteem and disregard the negative perception the society has towards them.

She advised parents with children with albinism to endeavour to train their children in school as persons with albinism can excel in any profession if given the opportunity.

Also, Mrs Uchendu Bennis of the Rehab Department of the state noted that persons with albinism are fully unique and endowed with different capabilities and natural intelligence.