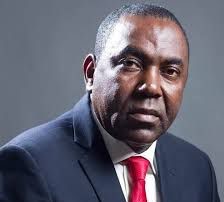 As part of the general requirements for the selection of candidates that will fly its flag in the presidential elections coming up in Nigeria in 2023, the All Progressives Congress (APC) constituted a panel that undertook the screening of its candidates. One of these presidential aspirants, who also happens to be the leader of the party is Senator Ahmed Bola Tinubu.

Making the pitch for his candidacy before the panel, Tinubu a former governor of Lagos State, claimed, among other things, that he brought Enron, a liquidated American energy company, to Nigeria. For him, this was a demonstration of the premium he pays to solving the country’s intractable energy crises. The APC presidential aspirant also famously claimed he was the one who brought Econet Wireless, now Airtel, to Nigeria.

The matter here is not about Airtel. Those who followed the very first GSM auctions that was conducted in Nigeria in January 2001, have responded well enough by pointing to Zimbabwean entrepreneur, Strive Masiyiwa, and scion of Nigeria’s foremost investment banker, Bolaji Balogun, as behind the entry of this business that was to eventually become the first to make a call on the GSM platform in Nigeria early in August of the same year.

As Assistant Editor with Policy, Nigeria’s foremost business magazine of the time, I had followed the Enron scandal quite closely as the company continues to unravel its contrived financial underbelly. I remember that at a point, our publisher, Enitan Sanusi, at one of our editorial meetings, crafted one cover theme that he called, The Enronesque Off-Balance Sheet of Nigerian Banks, an edition that was envisioned to reveal how Nigerian banks were also cooking their books.

I cannot remember whether we eventually pulled off this edition, but that was just how closely the issue of Enron was discussed at the place where I worked.

But as governor of Lagos State, Bola Tinubu, was to later introduce this same company, whose senior management staff served jail terms for financial crimes, and whose CEO, Kenneth Lay, died while awaiting sentencing, to ostensibly solve the state’s electricity challenges.

Needless to say, the project failed for three major reasons. The first was that Enron was dead in its home country and lacked the soul and expertise to birth operations in another country. The second was that Lagos State was not in a position to generate its own power because electricity is in the exclusive legislative list and Tinubu knew this before he dragged Lagos State into that deal. Third was because the (largely disused and obsolete) equipment brought by that company to Nigeria would be too expensive to run.

This venture cost Lagos heavily and was to eventually drift into oblivion, heralded by deafening conspiratorial silence by those who trumpeted its arrival. For the former governor to hype this as one of his sterling achievements about 20 years later surprised a lot of us. I had to go back to the archives to read up on Enron again to be sure there was nothing that I missed and which made Senator Tinubu mention the ill-fated company in his list of accomplishments that qualifies him to become Nigeria’s president.

There are tons of articles from New York Times, Wall Street Journal, Fortune, The Economist, Time, Newsweek and a host of others. What I did after sampling many of these was to select the article that was short and devoid of the technical jargon of financial reporting. My choice eventually became the one published by Britannica.

I did this so that those who were not here then, those who were here but not paying attention to the issue, and those not old enough to know what was going on in the world of business, to read and appreciate what Enron stood for, and whether or not, it is proper for anybody to even make reference as one of standout achievements that should qualify him to become Nigeria’s president in 2023.

“As the boom years came to an end and as Enron faced increased competition in the energy-trading business, the company’s profits shrank rapidly. Under pressure from shareholders, company executives began to rely on dubious accounting practices, including a technique known as “mark-to-market accounting,” to hide the troubles. Mark-to-market accounting allowed the company to write unrealized future gains from some trading contracts into current income statements, thus giving the illusion of higher current profits. Furthermore, the troubled operations of the company were transferred to so-called special purpose entities (SPEs), which are essentially limited partnerships created with outside parties. Although many companies distributed assets to SPEs, Enron abused the practice by using SPEs as dump sites for its troubled assets. Transferring those assets to SPEs meant that they were kept off Enron’s books, making its losses look less severe than they really were. Ironically, some of those SPEs were run by Fastow himself. Throughout these years, Arthur Andersen served not only as Enron’s auditor but also as a consultant for the company.

“In February 2001 Skilling took over as Enron’s chief executive officer, while Lay stayed on as chairman. In August, however, Skilling abruptly resigned, and Lay resumed the CEO role. By this point Lay had received an anonymous memo from Sherron Watkins, an Enron vice president who had become worried about the Fastow partnerships and who warned of possible accounting scandals.

“The severity of the situation began to become apparent in mid-2001 as a number of analysts began to dig into the details of Enron’s publicly released financial statements. In October Enron shocked investors when it announced that it was going to post a $638 million loss for the third quarter and take a $1.2 billion reduction in shareholder equity owing in part to Fastow’s partnerships. Shortly thereafter the Securities and Exchange Commission (SEC) began investigating the transactions between Enron and Fastow’s SPEs. Some officials at Arthur Andersen then began shredding documents related to Enron audits.

“As the details of the accounting frauds emerged, Enron went into free fall. Fastow was fired, and the company’s stock price plummeted from a high of $90 per share in mid-2000 to less than $12 by the beginning of November 2001. That month Enron attempted to avoid disaster by agreeing to be acquired by Dynegy. However, weeks later Dynegy backed out of the deal. The news caused Enron’s stock to drop to under $1 per share, taking with it the value of Enron employees’ 401(k) pensions, which were mainly tied to the company stock. On December 2, 2001, Enron filed for Chapter 11 bankruptcy protection.

“Many Enron executives were indicted on a variety of charges and were later sentenced to prison. Notably, in 2006 both Skilling and Lay were convicted on various charges of conspiracy and fraud. Skilling was initially sentenced to more than 24 years but ultimately served only 12. Lay, who was facing more than 45 years in prison, died before he was sentenced. In addition, Fastow pleaded guilty in 2006 and was sentenced to six years in prison; he was released in 2011.

“Arthur Andersen also came under intense scrutiny, and in March 2002 the U.S. Department of Justice indicted the firm for obstruction of justice. Clients wanting to assure investors that their financial statements could meet the highest accounting standards abandoned Andersen for its competitors. They were soon followed by Andersen employees and entire offices. In addition, thousands of employees were laid off. On June 15, 2002, Arthur Andersen was found guilty of shredding evidence and lost its license to engage in public accounting. Three years later, Andersen lawyers successfully persuaded the U.S. Supreme Court to unanimously overturn the obstruction of justice verdict on the basis of faulty jury instructions. But by then there was nothing left of the firm beyond 200 employees managing its lawsuits.

“In addition, hundreds of civil suits were filed by shareholders against both Enron and Andersen. While a number of suits were successful, most investors did not recoup their money, and employees received only a fraction of their 401(k)s.

“The scandal resulted in a wave of new regulations and legislation designed to increase the accuracy of financial reporting for publicly traded companies. The most important of those measures, the Sarbanes-Oxley Act (2002), imposed harsh penalties for destroying, altering, or fabricating financial records. The act also prohibited auditing firms from doing any concurrent consulting business for the same clients.”