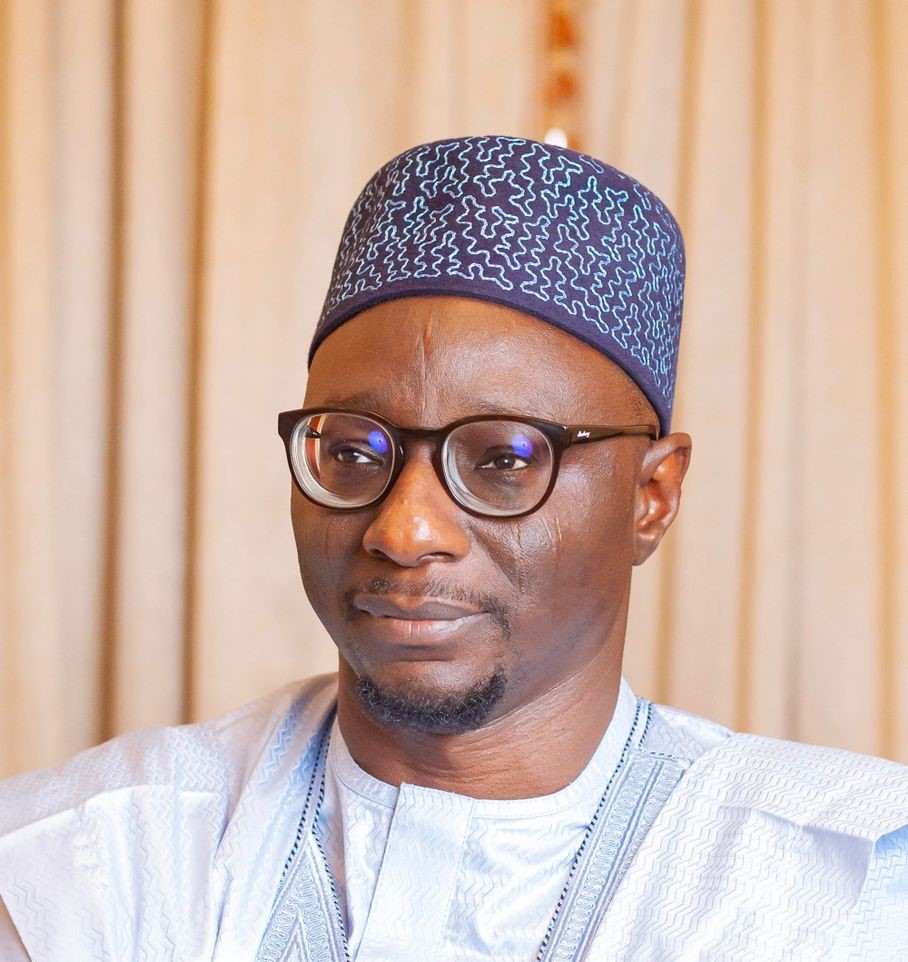 Not a few analysts would have sworn that having defied all the odds to defeat all his opponents at the very transparent national convention of the ruling All Progressives Congress (APC), the matter of choosing who will run with him on the APC ticket would be a mere walk in the park for Asiwaju Bola Ahmed Tinubu. Clearly it is not turning out to be so. And there are quite some reasons why choosing a running mate in the 2023 presidential race is not just an easy call. As a matter of fact, taking that singular decision is such an important action that can make or mar any candidate’s race at the polls. If you think that it is only the APC candidate that is taking his time so as to make a wise and acceptable choice, then look around the entire political ecosystem to make up your mind.

Even then a naïve analyst may want to ask why picking a running mate is proving more difficult than winning the primary election itself. Straightaway, to answer this question, one has to reflect on the complexity of Nigeria as a country on the one hand, and on the other, the equalitarian principle of democracy on the other.

Indeed, Nigeria is a unique country in its composition in terms of its plurality. The country is variegated in terms of its peoples coming from over 350 ethnic groups; it is sharply divided between North and South; it has two major religions and several others; it boasts of 6 geopolitical zones; and there is also the dichotomy of the majorities and the minorities. And the interesting thing is that the politics of the country follows the path of these few highlighted fault lines. That is what is meant when political scientist say that Nigeria is a plural society. In very simple terms therefore in taking any political decision in this country, be it the election of a presidential candidate, or in the choosing of his running mate, all these eggs must be carefully walked on to arrive at the destination.

When the ruling APC elected Bola Ahmed Tinubu as its presidential choice, it was simply responding to the demands of the nation’s pluralism and the principle of equality and fairness as prescribed by democracy as a system of government. Therefore, in choosing a running mate to the Jagaban, the same principles of equity, fairness and justice must dialogue with other factors such as vote mobilizing capability, experience, 21st century worldview, youthful agility, and national acceptability.

Although many have been raising their hands and others being recommended, one man stands out as the smart choice as Tinubu’s running mate. And he is no other than Dr. Ibrahim Bello Dauda.

First and foremost, Dauda comes from the geopolitical zone where in terms of equity and fairness, APC must face in choosing the running mate to its presidential candidate. It is settled by all lovers of justice that after three years of the late Umuru Musa Yar’Adua, and eight years of President Muhammadu Buhari, and lest we forget, the five years of Namadi Sambo as vice president, and given the fact that equity demands that the presidency must shift to the South, the natural region to look for a vice president to any southern candidate is the Northeast. It is worth repeating that Dr. Ibrahim is a distinguished son of the Northeast from Shani.

Second, if it is true as many have concluded that for Tinubu to win the 2023 presidential election apart from choosing his running mate from the Northeast, that choice to be acceptable must also be a Muslim. Because religion is one of the most significant factors that divide our country – and you can already see that from the controversy this debate has been generating of late – Tinubu being a Muslim from the South, does not need just any kind of Muslim. In other words, while Nigerians may not mind a Muslim-Muslim ticket, that decision may be sweetened for them, especially the many voters in the South and their northern brethren, by choosing a Muslim who is easily acceptable to both his fellow Muslims and Christians alike. We are talking of a pious Muslim who understands religion as an instrument of faith used in serving Allah and uniting fellow citizens. Who checks the box in this regard better than a young Kanuri, whose lineage traces  to Gora town in the Shani Local Government Area of Borno State; a young man who began life in Jos North area of Plateau State, where he was born; a young politician who began his education at Roman Catholic Mission Primary School Giring Abattoir Jos, Plateau State; a Muslim who studied for his degrees in no less a place than Israel? That person is Dr. Ibrahim Dauda. Quite frankly, with his background, Dauda removes any imaginable fear of a Muslim-Muslim ticket and lightens Tinubu’s headache in this regard!

Third, in choosing his running mate, one political factor both Tinubu and the APC must keep their eyes on is the Buhari 10 million bankable votes in the North. Yes, in 2023, the North will have candidates on the presidential ballot in Atiku Abubakar and Rabiu Kwankwaso, but what APC and Tinubu can boast of is an inheritable 5 million sure banker votes Buhari mobilizes in any election. But to inherit these votes, Asiwaju must be smart in choosing a running mate acceptable to President Buhari. And it is quite easy to see by even a blind man that of all those whose names have been dropped in this race to be Asiwaju’s running mate, none has been a closer associate of President Buhari when he started his presidential politics in 2003 than Dr. Ibrahim Dauda.

Yes, many opportunists and modern-day Buharists have arisen but the President himself alone knows those who have been doing the heavy lifting with him and for him from the days of the All Nigerian Peoples Party (ANPP), through the Congress of Progressive Change (CPC), and to the present day APC.

Now let’s take a peep to see how far Dr. Dauda has come with the President: Between 2003 and 2007, he had served in Buhari’s ANPP as the Plateau State Coordinator of The Buhari Organisations (TBO), a support group for the party’s Presidential candidate. Later, he worked within the Congress for Progressive Change (CPC), founded by Retired-Major General Muhammadu Buhari in 2009 as a vehicle to vie for the presidency in the April 2011 elections. That dream tanked. However, Dauda had in CPC served as a member of the National Convention Committee in 2013, Executive of the National Registration and Membership Committee in 2013. Subsequently, Dauda followed his hero when CPC joined forces in 2013 with the Action Congress of Nigeria (ACN) and other interests to establish APC. Here too, Dauda served in 2014 as National Secretary of the Buhari Support Group Centre (BSGC) and National Coordinator of the Buhari Support Organisations (BSO). Later, in 2019 he became National Secretary of the APC Women and Youth Presidential Campaign Team, Member of the Support Groups Directorate of the APC Presidential Campaign Council and Director of Operations to the Buhari Support Organisations. Can you beat that?

As final word on this point, Tinubu must understand that in allowing him the level playing field to emerge as the APC presidential candidate which he has acknowledged himself in a recent effusive thank you letter to the President, he must not make the mistake of not allowing his running mate to emerge from the CPC bloc. Of course, Jagaban is too smart to forget this fact.

Fourth, In Choosing his running mate, Asiwaju Bola Ahmed Tinubu knows that whoever will catch his fancy must be young, energetic, and brilliant with the 21st century worldview. What is more, such a person must be brilliant, result-oriented and with an outstanding record of achievement in both public and private business. What Tinubu needs to complement him as a presidential candidate is a young intelligent running mate who will enhance him and attract youth votes. This is very crucial as available data show that more than fifty per cent of registered voters in 2023 are youths from the age range between 25-55. This is what you can call the “Buga” generation. So, Tinubu’s running mate to be effective in drawing out the millions of youth votes must be able to do “buga.”

Again, Dr. Ibrahim Bello Dauda who is in his early 50’s fits perfectly into this demography and can speak the language of the youth population. “He obtained his doctorate degree in Business Administration from the Cornerstone University in Israel and has no fewer than 27 professional and academic certifications from Nigeria, several African countries, America, and other parts of the world. He as well has about 13 honorary awards and decorations.

“He currently sits as President of the Platinum Vault Group of Companies that he co-founded in 2015. As its head and Chief Executive Officer, Dauda has turned the firm into an octopus that has blossomed into 10 companies with tentacles in oil and gas, agriculture, mining, power generation, telecommunications, logistics, construction, business, and management consulting. As Chairman of the board, he oversees four vice presidents who handle: Corporate Services, Finance, Business Development and Operations.”

And Dr. Dauda evidently enjoys the support of young people from across the nation. This perhaps explains why Coalition of Nigeria Youth Leaders (CNYL) described him as “a young Nigerian of unassailable leadership credentials, we find it right and righteous to choose and stick with our own for the job of the Nigerian presidency. This endorsement is not just about being young. It is about possessing the requisite credentials and capacity to lead the country at a time that dynamic and digital leadership is most desirable.”

Moreover, Dr. Ibrahim Bello Dauda is known philanthropist, human capital developer and lover of his people. A tireless philanthropist, El-Dabi is President of the Almajirai Empowerment Foundation (AEF), established to assist the over 10 million Almajiri children in Nigeria and help equip them with education, reorientation, and skills acquisitions. He is also the Director-General of the Sahelian Centre for Leadership and Development, which is focused on the mentoring and development of young people. It serves too as a centre of excellence on policy, strategy, and development.

APC may not have guber candidate in Abia, aspirant warns