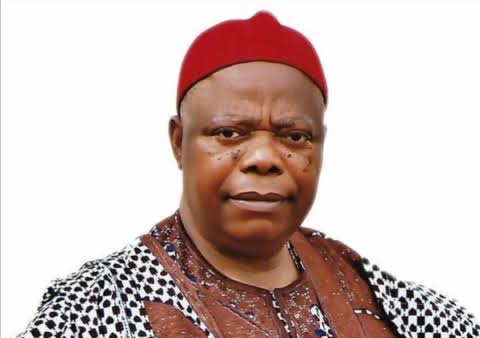 A former Chief Judge of Anambra State, retired Justice Peter Umeadi, has emerged as the presidential candidate of the All Progressives Grand Alliance (APGA) for the 2023 presidential election.

Justice Umeadi who is the sole presidential aspirant of APGA was declared winner of the primary election of the party on Wednesday.

His candidacy was affirmed by 150 delegates who voted at a special convention of the party held in Abuja, the nation’s capital.

The former chief judge, in his acceptance speech, asked Nigerians to respect the ballot and promised to secure votes at the polls that would transform the county.

Umeadi, a professor of law at the University of Nigeria, joined the party in his Nri Ward II in Anaocha area of Anambra following his retirement as the Chief Judge of the state in March 2019.

He had explained that his decision to join partisan politics was to keep his brain active, saying those who retire and go to sleep end up having their brain asleep.

The former chief judge has always canvassed that a Nigerian from the South-East be given the opportunity to be the next president.

For him, the Igbos have the highest investment in the country, and it is important for Nigerians to support them in their presidential bid in 2023, for the good of all.

Umeadi later met with APGA leadership where he formally declared his intention to contest the 2023 presidential election on the platform of the party.

While seeking the blessing of the party leaders, he stressed that only good leadership could bring a much-needed change in Nigeria.