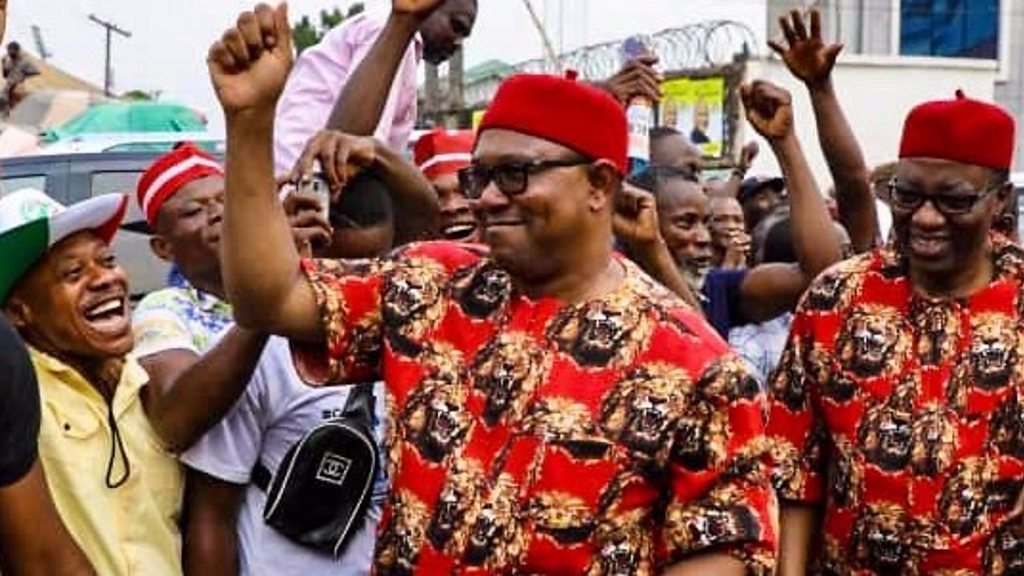 The apex Igbo socio-cultural organisation, the Ohanaeze Ndigbo, has poured encomiums on the presidential flag bearer of the Labour Party, Mr Peter Obi, in commemoration of his 61st birthday.

Ohanaeze described Obi as “a man whose track record of accomplishments has countervailed the regrettable and despicable tailspin of Nigerian bourgeois cash and carry democracy.”

The apex Igbo socio-cultural body in the statement made available to Ikengaonline, also described Obi as “an illustrious Igbo son without any dent.”

Below is a full text of the message entitled, “Ohanaeze Ndigbo Felicitates with Obi @ 61.

“Obi remains that exceptional Nigerian politician who served as a state governor and left office with neither taint, tarnish nor blemish.

“While Obi was busy setting standards of good governance for posterity, some other myopic, timid and mundane governors were busy with unconscionable primitive acquisition of wealth to the detriment or impoverishment of the very masses that voted them into office. Quel domage!

“The current events in the Nigerian democratic space is a veritable lesson to the incumbent and indeed to the generations yet unborn. Obi was the governor of Anambra State between 2006 and 2014.

“What goes for Obi today is the awesome quality service he rendered to his people as a governor; and of course, the dispositional humility, character comeliness and intellectual acumen that define his public conduct.

“Today, Obi is widely impressed and embraced by the oppressed, dispossessed and the downtrodden on one hand;  and overtly depressing to the oppressors, predators and political marauders, on the other hand.

“There is an age-old maxim founded on reason, experience and truth that good name is far better than money, silver or gold. This saying has never been better exemplified than the infectious Peter Obi phenomenon. How else can one explain the ongoing intimidating Obi movement in the present day Nigeria: a man whom his track record of accomplishments has countervailed the regrettable and despicable tailspin of Nigerian bourgeois cash and carry democracy?

“On the other hand, Obi is today venerated across the length and breadth of Nigeria, not because of his stupendous wealth but because of the irrepressible plastic power of good over evil, light over darkness and virtues over vices.

“The President General of Ohanaeze ndigbo Worldwide, Ambassador Professor George Obiozor, feels highly elated that the rejected stone has seamlessly become the corner stone that gravitates the Nigerian grassroots including men and women of timber and caliber.

“My brother, Okwute, be assured that in over one thousand years to come, July 19 will remain a day in history: a day a great African was born into Agulu community, Anambra State, Nigeria: a man who with a mere force of morals, uprightness, persuasions and goodwill and was able to change the political narratives of the most populous and backward African country.

“On behalf of all the organs of Ohanaeze Ndigbo and indeed all sons and daughters of Igbo Land both at home and in the diaspora, we wish you many happy returns and the fulfillment of God’s purpose in your life.”