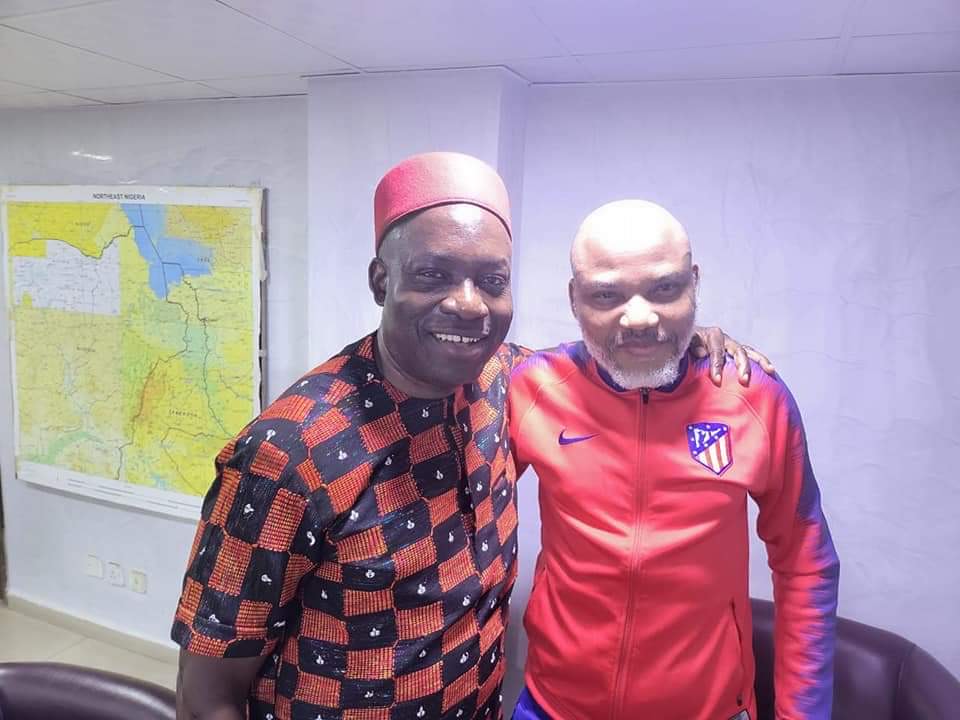 There is seldom any argument that will deny the fact that security situation in Nigeria is getting worse by the day. The level of insecurity in the country is such that nobody is safe anymore. Everybody is now a potential victim of abduction and or murder, or both, depending on the dispositions of those wielding the instruments of fear. Those hitherto ensconced in safety are no longer free to move about unless they must do so under protection of armed security guards which in itself is not fail-safe.

The parlous state of affair is not any better in the South-East zone of the country where Monday sit-at-home order compounds the already precarious situation and deepens the pains of the silent majority whose survival rests squarely on daily toil. The hardship brought on the people is such that many are finding it difficult to feed with the collapse of small businesses.

Impunity reigns supreme as pockets of suzerainties are created by feudal lords who issue and enforce orders at will. Idolatry with a penumbra of other things like witchcraft and sorcery previously held in derision begin to creep back into the society with shocking embrace.

The toll on the economy of the zone becomes too heavy, especially of a state like Anambra with predominant business community as its revenue profile begins to wear thin. Government barely functions at the optimum as public ownership suffers vandalization and arson. Funds get frittered away sometimes in placation of the enemy and at other time as a ransom and or via illegal tax collections. Sadly, these monies are not given out on a platter, but are forced out of the people by inflicting maximum fear, evident in hacking to death or abducting and ransoming them.

Aware the deck was stacked against his government, but certain of his ability to steer the course of ridding Anambra of criminal elements, Governor Soludo applies a number of measures to retake the state. He often tells ndi Anambra that the challenge of leading the state is enormous, but that he applied for the job.

Efforts were made to isolate conscientious agitators from criminal elements who hide under the guise of Biafran agitation to commit crime. Amnesty was offered to those willing to turn a new leaf. The Independent People of Biafra (IPOB) leader, Mazi Nnamdi Kanu, was visited by the Governor in detention to identify with him and clarify issues. The Monday-sit-at-home order was revisited and the IPOB leader reiterated his commitment to peace in Igboland. Before this time, suspension of the order was subject of heated debate among so many claiming directive from the detained IPOB leader.

With almost every segment of the society duly consulted, including South-East bishops who were earlier approached to organize prayers, the battle began in earnest. The Security team was enhanced with operational capabilities and duly complemented by a newly formed Anambra State Vigilante Central Strike Force to comb the forest areas and dominate the homeland space.

Seven Local Council Areas in Anambra South Senatorial District, including Ogbaru were isolated as flashpoints and declared an emergency zone with certain restrictions in force. As the battle was taken to the criminals in their lairs, a good number of them were taken out while many more were forced to flee the state. Twenty-four hour surveillance was put in place in the entire state while strike forces were stationed in few areas considered critical points and major arteries of escape by the hoodlums.

Massive clear-out of the criminal abodes around the state was routinely carried out to flush out the occupiers and their coadjutors in crime. It was in the course of smoking the criminals out that it was discovered there is a nexus between crime, idolatry and hard drugs. Accordingly, special intelligence-gathering scheme was introduced to augment the existing one in unraveling  the degree of connection. A generous monetary reward was announced as compensation for anybody willing to squeal on crime and criminals. Government went further to list herbal medicine practitioners in the state as a way of keeping tab on their activities. It may not be public knowledge, but it is believed that most of the gruesome murders so far committed in the  state were encouraged by the activities  of some of these herbal medicine practitioners.

Today, the security situation in the state has improved tremendously with many of the hoodlums either dead or out of circulation. Communities and forests previously infested by the wastes of space have been cleared and kept inviolate through routine check by security operatives. The Monday sit-at-home order is now observed in part mostly out of fear since the lucrative criminal enterprise that kept it in force has long been busted.

Anambra is relatively peaceful now though not without occasional incidents here and there. But a one-off incident, coming on the heels of almost a diurnal occurrence, does not qualify any state as unsafe. It would doubtless have been said that security is not an absence of crime, but the ability to bring it under control. And unless there is a relapse to the point of muffing the entire process, which is unlikely,  an end has come for the frequent killings and hacking of innocent people in the state.

It is not likely that everybody will appreciate the gradual return of security in the state as an achievement worthy of commendation. This is especially so if, from the perspective of a pedestrian observer, performance is all about brick and mortar. No doubt, the feeling of insecurity still exists among the people which compels the obvious deliberateness in social life, but that is expected. It will take a little time more for the people to forget past fears. But assuredly Anambra is on the exit door of insecurity and the coming months will give value to this fact.

IPOB promises not to boycott 2023 polls