Anambra: Man in police net for beating brother’s wife to death over property 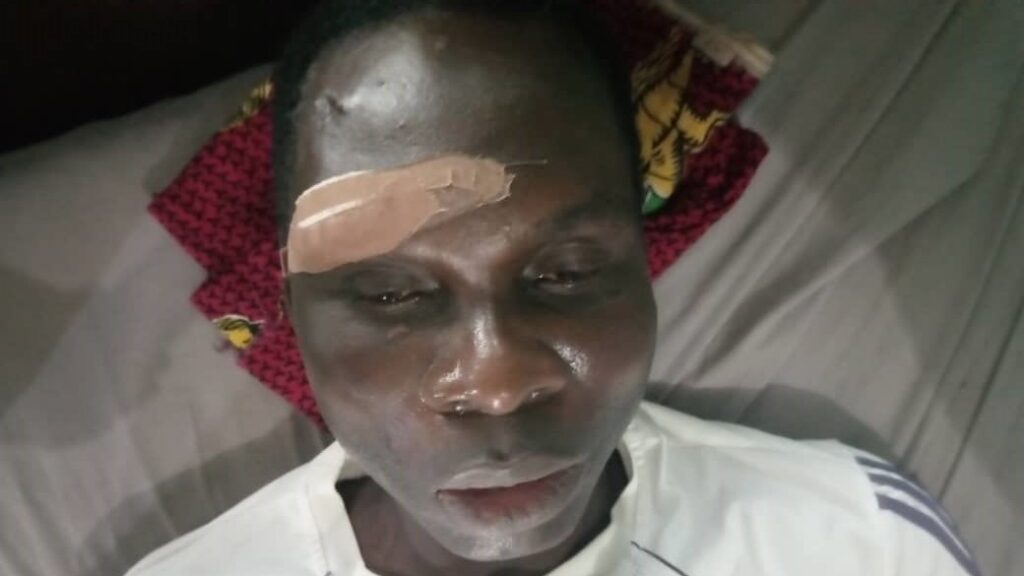 A man in Ogbunike, Oyi Local Government Area, Anambra State is cooling his heels in police custody following the gruesome murder of his brother’s wife aged 40.

Ikengaonline gathered that Nkiru was the wife of Mr Emenike Okoye, a mechanic from Ogbunike community.

She was allegedly beaten to death on July 19th, 2022, by her brother-in-law, Mr George Okoye and his family, who equally inflicted severe pains on her husband and left him paralysed, although currently recuperating at Isaac Chira Memorial Hospital and Maternity, Awkzu, Oyi LGA.

It was learnt that the suspect, Mr George Okoye has been arrested and currently in the police custody, but the whereabouts of his wife, Mrs Uzonna Okoye, twin daughters and son, Somtochukwu Okoye, was still unknown, a development which the family of Okelue where Mrs Nkiru hailed from, saw as an aberration, stressing that they could take the law into their hands if nothing was done so quick to bring justice to their sister and in-law (Emenike) whose five teenage children have been left to suffer.

On what transpired, Mr Emenike Okoye, said he was at home on July 19, preparing for work, while his late wife (Nkiru) was preparing to travel home (Abba) for a meeting of Umuada (Daughters of her kindred in Abba), when his elder brother (George) led his wife (Uzonna) and their three children to his house around 6am to 8am and beat him and his wife for no reason.

“We did not do anything. I was preparing for work, my wife was preparing the children for school and to also travel home for a meeting of Umuada. George and his wife, Uzonna and their son, Somtochukwu and twin daughters invaded my house around 7am to 8am on July 19. They overpowered us, beat us to stupor, and left. Later when my children had gone to school, they returned with some persons and dangerous weapons, including an axe.

“They dragged my wife outside the house, hit and killed her with the axe and chair. She fell and died. When I resisted their move to drag me outside too, they broke my hand with an axe, dragged me outside, hit me with the axe all over my body until I passed out. You can see the cut on my eyes. They left me thinking that I was also dead. But God helped me to wake up later. I reported the incident to our local vigilante and they drove me to hospital,” he narrated.

Emenike, whose five children; two boys and three girls were still between the ages of 3 to 11 years, while appealing for justice over the death of his 40-year-old wife, also sought the help of relevant authorities and interested individuals to relocate him to better hospital where he could fully recover.

“I’m deeply in pain. My hand is broken. I cannot stand or sit down. My waist is paining me. My head is heating like hot water. I cannot see well with my eyes. I need serious medical attention,” he lamented.

Emenike said “George right from when our mother (Mrs Adaoba Okoye) was alive, said he is our landlord. He is not our first born yet he claims ownership of the entire compound and always fights with all of us. My wife was not even married when this crisis started. And we had our three children abroad.

“It was when the company where I was working folded that I returned home. And we had our last two children here (in Ogbunike). So, she had nothing to do with this. Why killing her for nothing? The crisis led to the death of our mother and our eldest brother. He reported us to the kindred, and our property was shared, with him taken the larger part. I took mine without complaining. Later, he started laying claims to the route to my house.

“He reported me to our kindred but it was settled in my favour. He disagreed and kept on troubling me to stop taking the road. When I laid dwarf perimeter fence, he pulled it down, and even reported me to the kindred. I left it. A member of our kindred, Onwa later intervened and wanted to pay him N500,000 to hands off the portion so that he will also build perimeter fence to separate both of our houses. He agreed but when it was time to start the construction, he rejected the offer.”

Corroborating this, the eldest and only surviving daughter of the family, Mrs Monica Onwuegbusi (nee Okoye), said she had initiated several re-conciliatory moves to bring lasting peace to her immediate family but George kicked against all.

Onwuegbusi, a 68-year old widow, presented some of the letters of the meeting she initiated including the one signed by the leadership of Umunwana family of Umueri village, Ogbunike on May 17, 2006; another one written by a religious group, Wednesday Catholic Prayer Ministry (Onitsha) on October 11, 2005 and January 27, 2006 respectively; inviting the family to reconcile the difference between George and Emenike, but according to her, they were fruitless.

She appealed to governor Chukwuma Soludo; the Inspector General of Police, Usman Alkali Baba through the State Commissioner of Police, Echeng Echeng; President Muhammadu Buhari; women groups and nongovernmental organisations to come to their rescue by uncovering and prosecuting those behind the mayhem, as well as assist in raising the five children who were currently under her custody.

Also speaking, some members of Ogbunike Daughters Association (Umuada Ogbunike), Mrs Nkechinyeru Nwoye and Ms Ogochukwu Okoye, described the incident as abomination, adding that they have mandated the local vigilante and their brothers (male folks of the kindred) to double efforts towards giving justice to Emenike and his late wife.

On his part, the younger brother of late Nkiru, Mr Chidiebele Okelue, said that Abba people would never rest until justice is assured, even as he pleaded with the government to expedite action towards resolving the impasse.

The Anambra State Police Public Relations Officer, (PPRO) Tochukwu Ikenga has confirmed the development and said that investigation is ongoing on the matter.