Govs have taken over assembly affairs in S’East – Sen Abaribe 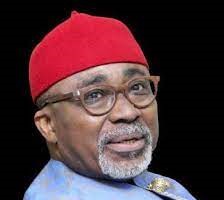 The immediate past Senate Minority Leader, Senator Enyinnaya Abaribe, says House of Assembly in the states of the nation and South-East in particular have lost their glories having been hijacked by their respective governors.

Abaribe, a Senator representing Abia-South Senatorial district, claimed that the lawmakers at the state level have allowed the state governors to permeate the hollowed chambers of their Houses, hence have lost their core duty of ensuring accountability of the state Governors.

Speaking at the maiden Ikengaonline virtual town hall meeting, Thursday, the Senator decried that the lawmakers at the state level have become toothless to challenge the decisions of the state governors.

According to him: “Every State Governor is supposed to be accountable to members of the House of Assembly who are representatives of the their various constituencies in the state. The reverse is the case now because the state governors now control happenings in state assembly.

“It was only the first set of lawmakers who took over power in 1999 that knew what they were doing. With time, Governors deliberately started putting yes members there to influence deliberations and decisions.

“That removes from the Governor’s head any instrument of coercion because he controls everything. And since the lawmakers are not able to exercise their power against the governor, he does whatever he wants and that is why there is bad leadership at the state level.”

Continuing, he said: “Even we in the senate, most of us are self-made, yet some of us are palpable to confront the president. It is one of the biggest challenges in politics today.

“That is why we must ensure that those we elect as our representatives are not handpicked by the governors.”

Ahead of the general election, he admonished the people to look inward to elect personnel that can do what is required and deliver dividends of democracy to the people.