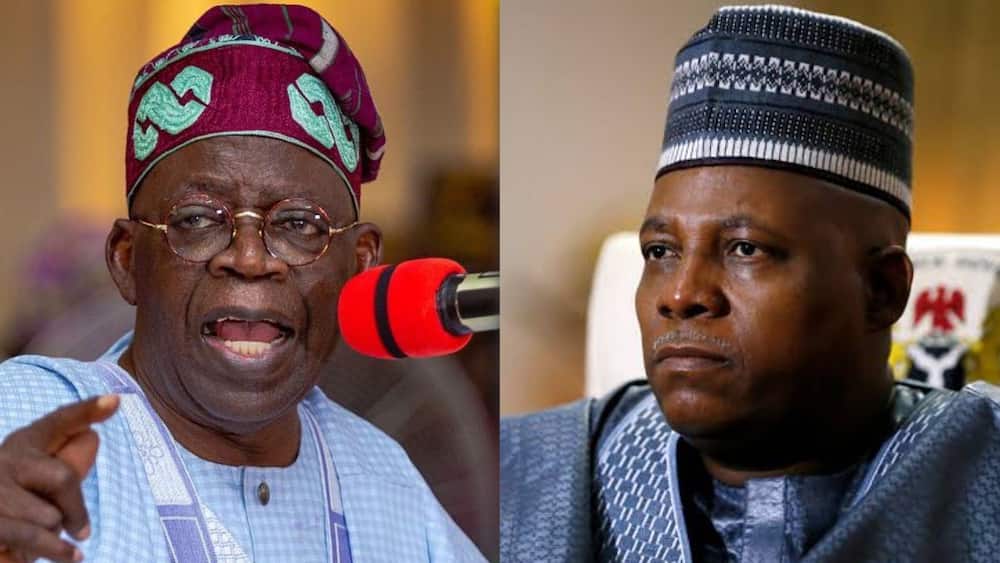 On July 10, the APC presidential flag bearer, Asiwaju Bola Ahmed Tinubu, named Shettima as his running mate for the 2023 presidential election, a choice that has brought about widespread criticism across different quarters of the country. Before considering the implications of this decision that disregards an entire section of the country – the Christians, it is important to trace the events  that preceded the nomination of the APC’s flag bearer. The process was initially rumoured to be consensus-based, however, there was no consensus candidate neither did President Muhammadu Buhari directly interfere by handpicking a successor. President Buhari had asked the APC governors to respect his choice of a successor before his trip to Madrid, Spain. In his words, “I wish to solicit the reciprocity and support of the Governors and other stakeholders in picking my successor, who would fly the flag of our party  for election into the office of the President.”

Many believed the president’s successor would be Vice President Yemi Osibanjo, others rumoured it to be Rotimi Amaechi, former minister of transportation, while some others thought it to be former President Goodluck Jonathan. None of these guesses materialised eventually. Days before the party primaries, the APC Chairman, Senator Abdullahi Adamu, announced Senate President Ahmed Lawan as the party’s flag bearer for the 2023 presidential elections. This did not please members of the National Working Committee (NWC) of the party and some APC northern governors who considered it fair for the party’s presidential candidate to be of southern extraction, citing President Buhari’s two terms in office.

Eventually, the party proceeded with its primary elections, where Bola Ahmed Tinubu emerged as the party’s flag bearer. Following his victory, there were high expectations across party lines on whom he would pick as his running mate.  Atiku Abubakar, the PDP’s presidential candidate, had already unveiled Gov. Ifeanyi Okonwa of Delta State as his running mate while Peter Obi of the Labour party had also unveiled Sen. Yusuf Datti, a northern Muslim, as his running mate – a decision widely celebrated by his supporters. Hence, many were keen on knowing whom Tinubu would select from the North as the race had clearly become a three-horse race between the APC, PDP and the recently revived Labour Party, whose presidential candidate dropped out from the PDP presidential primaries.

To beat the INEC deadline and continue consulting with the APC leadership on who would be the best candidate to select, Mr Bola Tinubu had submitted the name of placeholder VP, Kabiru Ibrahim Masari. But the decision was criticised by Nigerians even at the place holding capacity.

However, to the surprise of many, Mr Tinubu replaced Mr Masari’s name and chose another Muslim, Sen. Kashim Shettima, a former governor of Borno State, as his running mate.

This same-faith ticket fiasco has to be the wrongest move from a political party desiring to retain power beyond 2023, especially at a time when the country is already polarised along ethnic and religious lines. Nigeria, as a multi-ethnic and multi-religious country, cannot grapple with a same-faith ticket in a country where Christians have seen brazen attacks on their churches and priests and the current administration, which happens to be the platform under which Tinubu is running, has done barely enough to curb insecurity in the country.

Since 1999, Nigeria has had balanced tickets across party lines in a bid to encourage and ensure cohesion, unity and peace in a country which many describe as a mere geographical expression, having been created by the British. Going down memory lane, it is imperative to note that Mr Tinubu would have been President Buhari’s vice president if not for the vehement opposition by some APC leaders who stressed that maintaining or presenting a Muslim-Muslim ticket in Nigeria was wrong, divisive and unsellable. They believed that it would have been viewed as an insult to the sensibilities of the vast majority of Nigerians who are Christians and, as such, would be a political death nail on the APC before it even began. APC subsequently won the 2015 general elections, later presenting a balanced ticket with Prof. Yemi Osinbajo, a senior pastor in one of Nigeria’s renowned Pentecostal churches, the Redeemed Christian Church of God (RCCG).

Seven years down the line, the APC and its presidential candidate are repeating the same would’ve been mistake that could have cost them the presidency in 2015. The tides are still the same, if not worse, which calls for concern the seriousness of the APC in the 2023 presidential elections.

One striking feature that the ruling party has continued to demonstrate is its utter disregard for the demands of ordinary Nigerians. The ASUU strike, rising insecurity, the one-faith structure of the security heads, and police brutality are a few instances. Perhaps, the party believes it can go away with catering for the interest of a few individuals rather than the yearning of the greater population of Nigeria (who are seeking not just a less aged and competent leader but a leader who would unite the country already in turmoil) because they are the ruling party. The APC and its presidential candidate must realise that power of incumbency will not play much role in forcing a Muslim-Muslim ticket on Nigerians, especially when the president has a fair reputation for not interfering in elections. As it stands, many prominent Nigerians, including members of the APC, have voiced their dissent and opposition to the Muslim-Muslim ticket of Bola Tinubu and Kashim Shettima. It is quite an irony that after Mr Tinubu used the metaphor “Emi lo Kan” to drive home the point that it was the turn of the South(west) to produce the presidency, he turned around to pick a fellow Muslim as a running mate while ignoring a host of eminently qualified Northern Christians in his party.

In a bid to present a front that the Christians endorsed the choice of Shettima, the APC  hired ‘Bishops’ to attend the official unveiling event of  Kashim Shettima as Tinubu’s running mate. Unfortunately, the act backfired as Christians considered it an insult to their faith, thereby causing more frictions between the APC presidential flag bearer and Nigerians. Considering the ruling party’s poor performance in handling the country’s affairs in the areas of security, economy, employment, education, amongst others, it is not out of place to ask what they are returning to do. It is also necessary to question the real rationale behind the APC’s adoption of a Muslim-Muslim candidacy in a country with the sixth-largest population of Christians in the world.

Clearly, the APC  and its presidential candidate don’t seem bothered about the feelings of some sections of the country that feel insulted and offended by the APC’s choice of a same-faith ticket. The most affected group, the Christians in the country, think that a candidate who visibly disregards them wouldn’t mind discarding them if elected into power. Another group is the southern Muslims who would feel that Mr Tinubu’s actions further strengthens the theory that southern Muslims are not considered “Muslim enough” to attract votes from their Muslim brothers in the North. In addition, the Christians in the North are another set of people that will need to be pacified because the APC obviously sees them as having no electoral value. This will further demoralise Christians in Kaduna who have witnessed targeted persecutions and received little or no help from their state government being led by a single-faith ticket. It is no surprise that they and their southern counterparts view a Muslim-Muslim ticket in a multi-ethnic/religious country like Nigeria as a ticking time-bomb. The final group are the APC members of Christian extraction, most of whom have expressed their unreserved opposition to the Muslim-Muslim ticket.

Responding to the contentions arising from the same-faith ticket, members of Tinubu’s camp have highlighted both competence and the fact that the party intends to amass votes from the northern Muslims. However, considering that three of the opposition parties all have Northerners on their ticket – Atiku Abubakar for the PDP, Sen. Rabiu Kwankwaso for the NNPP, and Yusuf Datti for the LP – the true rationale behind Tinubu’s choice of Shettima is not exactly clear. To make matters worse, President Buhari, Vice President Yemi Osinbajo, Sen. Ahmad Lawan and about 12 APC governors were absent at Shettima’s unveiling while some APC members have also resigned from the party since the unveiling.

The question to ask is: What has the pair and the APC got up their sleeves for them to be putting all their eggs in one basket?

February 2023 is way too far to make guesses; perhaps, Nigerians will have to wait and see how this eventually plays out.