2023: What emir of Daura told me – YPP vice presidential candidate 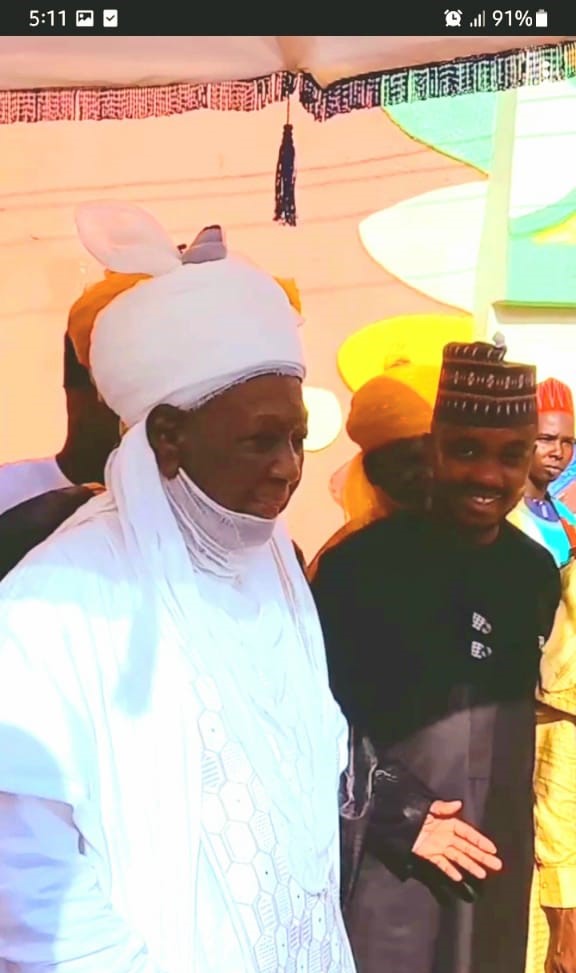 Vice presidential candidate of the Young Progressive Party, YPP, Dr Enyinna Michael Kasarachi, has said that he had received a royal blessing from the Emir of Daura, President Muhammadu Buhari’s home town emir,  HRH Umar Farouk Umar for a successful outing in 2023.

Dr Kasarachi who visited the Emir in his palace in the company of the presidential candidate, Prince Malik Ado Ibrahim, who holds the title of Danjikam Daura went to formally present their joint ticket to the Emir for his royal blessing.

The visit, according to him, was in continuation of their nationwide consultations with critical stakeholders across the length and breadth of Nigeria.

He said that the monarch was pleased that young Nigerians had shown determination to wrest power from the older generation.

Dr Kasarachi told Ikengaonline that the Emir was very elated to see vibrant young men show they have capacity to take over the leadership of the country.

“The Emir said he is very happy to see young people not only show interest in politics but show they are very serious in taking over leadership,” he said.

“The  Emire who referred to me as a worthy grandson of Daura, blessed our joint ticket. He  also saluted our courage and prayed Allah yo bless our ambition.”

Meanwhile, Kasarachi has given quit notice to the ruling All Progressives Congress, APC, from the seat of power, saying that Nigerians have rejected the ruling party.

Kasarachi who said APC had taken Nigeria decades backwards, declared that the ruling party will become the opposition in 2023.

He said that APC had plunged Nigeria into unprecedented economic hardship, and should not be allowed to hold power beyond 2023 if the country must survive.