Support: Gabriel thanks Arsenal ‘brothers’ after keeping 100 per cent record intact by atoning for early horror mistake to down Fulham and Aleksandar Mitrovic mission 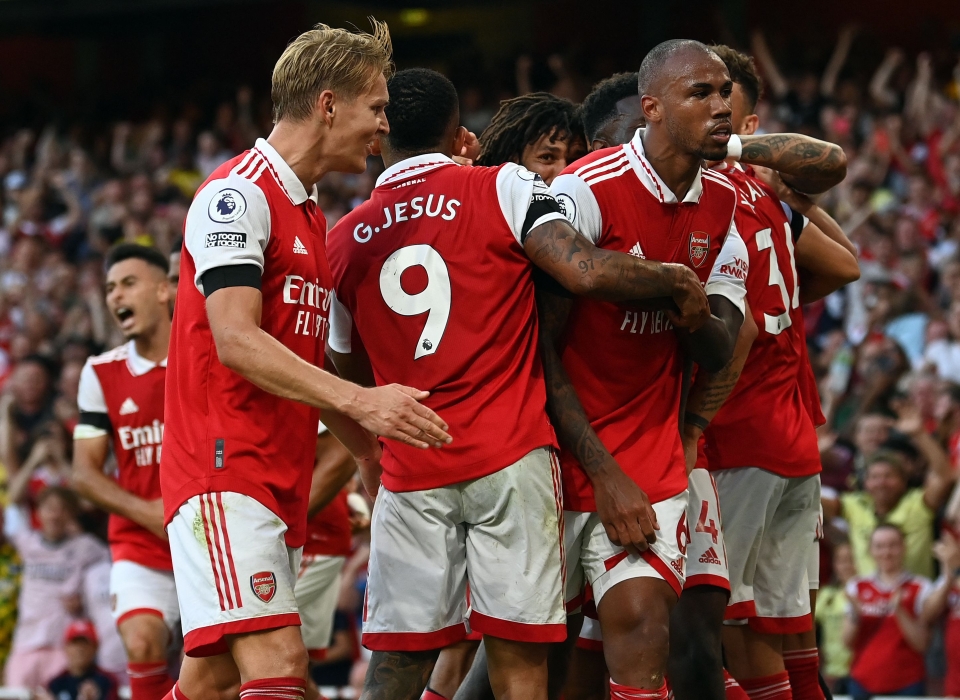 Gabriel Magalhaes ensured Arsenal’s perfect start to the season continued by scoring a comeback 2-1 winner against a Fulham side who he’d gifted the lead to reports talkSport.

The Brazilian defender bundled in from an 86th minute corner to make it four wins from four just when it looked like he might have been the man to burst the Gunners’ bubble.

Gabriel had given the away side a shocking gift at the start of the second half when he casually tried to dribble out of his own box, only for Aleksandar Mitrovic to punish him.

The Serbian striker bullied his opponent off the ball to simply slot it past Aaron Ramsdale, a man who’d previously left him on the floor.

The England goalkeeper had brutally seen his drop kick end up in Mitrovic’s face in the first half, and it looked like he’d managed the perfect revenge.

The Gunners’ Norwegian captain guided in a long-range effort for his third goal in two games, lifting an Emirates crowd full of hope after a 100 per cent start to the season.

The goal comprehensively swung the momentum back towards a side whose fans have been fully behind them this season, and then the chances started flowing.

Eddie Nketiah and Gabriel Martinelli both had opportunities to claim the three points with star striker Gabriel Jesus ineffective for the first time since signing, but it was the most unlikely Gabriel who was decisive.

Arsenal’s no.6, who looked like he could be on for a sleepless night after his earlier error, slammed in the match-winner from a chaotic corner, making sure a wave of positivity in north London continued rolling on.

Speaking after the game, the defender said: “After I lost the ball my head was down and I looked to my brothers and they said ‘Let’s go, let’s go Gabi,’ so I lifted my head.”