Agbonsuremi at 60: Tribute to a man with ears to the ground by Ahamefula Njoku 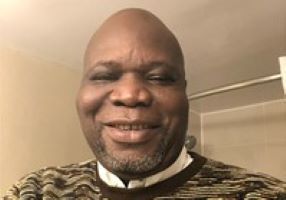 I knew Augustine Okhiria Agbonsuremi as a reporter and judicial correspondent in The Guardian Newspaper in the early 1990’s. He later moved over to Raypower 100.5 FM Alagbado, Lagos, as a pioneer staff at the advent of private broadcasting in Nigeria led by the indomitable Raymond Dokpesi, an engineer and founder of DAAR Communications, the owners of Raypower 100.5 FM and African Independent Television (AIT).

His passion for journalism is to say the least infectious. He was the originator of the now famous radio programme on Raypower 100.5 FM, ”Political Platform.” I remember l was one of his earliest guests at Alagbado, Lagos, before the programme relocated to Abuja. He made the programme so formidable that millions of people looked forward to it as the source of hot and juicy political stories around the country and indeed across the world every Monday to Friday mornings. In the process, he mentored other journalists who today are holding their own grounds in the media.

He later covered the office of the President under President Olusegun Obasanjo for African Independent Television (AIT). He was also familiar with happenings in ”The Villa”  under President Umaru Yar’Adua and President Goodluck Jonathan. He was a man, ”with his ears to the ground” as the famous writer, James Hadley Chase, would say.

It was here that he gained further insight into the inner workings of government and some of the secrets and idiosyncrasies of political leaders which the masses could never be aware of due to window dressing often associated with political  leaders and their handlers.

His reportage always focused on getting to the ”root of the matter,” by adopting investigative journalism style and asking the questions, ”who? what? how? where? why? when?” He also made great effort at balancing his stories in an objective manner.

He also covered the National Assembly and even anchored a television program on them. Uju Ejeye has continued to anchor this program since he left AIT.

After retiring from Raypower and AIT, he expanded his foray into Civil Society Organisation work. He founded PRIMORG, an NGO which has made its mark with the irreverent, irrepressible Lawyer and social critic, Anselm Chidi Odinkalu on its board. Many people may have forgotten that he was also involved in the formation of Media Rights Agenda (MRA) led by the quiet but efficient Edetaen Ojo.

At a personal level, Agbonsuremi became a friend of mine over time.  He was the one that gave me the classical book, ‘The Richest Man in Babylon‘ which introduced me to another dimension of financial intelligence long after l had read such books like ‘Think and grow rich‘ by the American Lawyer, Napoleon Hill and ultimately propelled me, after reading several other books by Robert Kiyosaki, Brian Tracy and so many other great writers to write my own book, ‘The Millionaire’s Curriculum‘ which became the fastest selling book in Nigeria on basic money intelligence in 2017.

A good lawn tennis player, Agbonsuremi also has good social skills. He has a way of getting along well with people no matter their background, social standing, tribe or race.

In conclusion  l know that Agbonsuremi is one of those patriotic Nigerians who continue to worry about the dearth of good political leadership in Nigeria and how things can be made better for all Nigerians. However, he has tried to do his best from his little corner both as a journalist and civil rights  leader. I know he has more to offer the society. l wish him many better days ahead in a better Nigeria.

Ahamefula Njoku is a lawyer and author.