By EditorAugust 1, 2022No Comments2 Mins Read 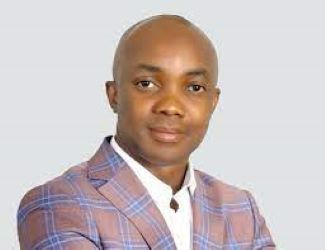 The presidential running mate of the Young Progressive Party (YPP), Dr Enyinna Kasarachi, has lampooned the ruling All Progressives Congress, APC, saying the party is a colossal failure, and incapable of fixing the country’s security and socio-economic woes.

He noted with regrets that instead of generating ideas to navigate Nigeria out of the woods, APC is rather compounding the woes of the country.

Dr Kasarachi who accused APC of taking Nigeria 50 years backwards, said that the party was not only overwhelmed but bereft of ideas to tackle the festering insecurity and biting economic hardship in the country.

The YPP presidential running mate in a goodwill message to Nigerians to usher in the new month, said hardship, bloodbath and economic instability had never been recorded in the country as being currently witnessed under the watch of APC.

He decried the plummeting exchange rate of the Naira against the Dollar which has occasioned hike in the prices of goods and services.

Kasarachi who accused APC of supervising the emasculation and economic strangulation of Nigeria, said the country might not survive beyond 2023 if APC remained in power.

He urged Nigerians to jettison primordial sentiments and party affiliations and join in the efforts to rescue and rebuild Nigeria by voting out the APC in 2023.

The vice presidential candidate who expressed optimism that YPP would clinch power in 2023, urged Nigerians not to lose hope but be prepared to help end the era of misery by rejecting APC at the polls.

Urging Nigerians to reject recycled politicians behind the country’s woes, Kasarachi solicited support for YPP which he said “is coming with sound economic and security blueprint that will rescue the country from several years of ineptitude and mismanagement of our common resources by bad leaders.”

He said that the YPP has all it takes to position the country on the path or stability and economic development.

“YPP  is our hope for a new and progressive Nigeria,” he said.

He boasted that under YPP, Nigeria would be returned to the path of greatness.