By EditorAugust 2, 2022No Comments4 Mins Read 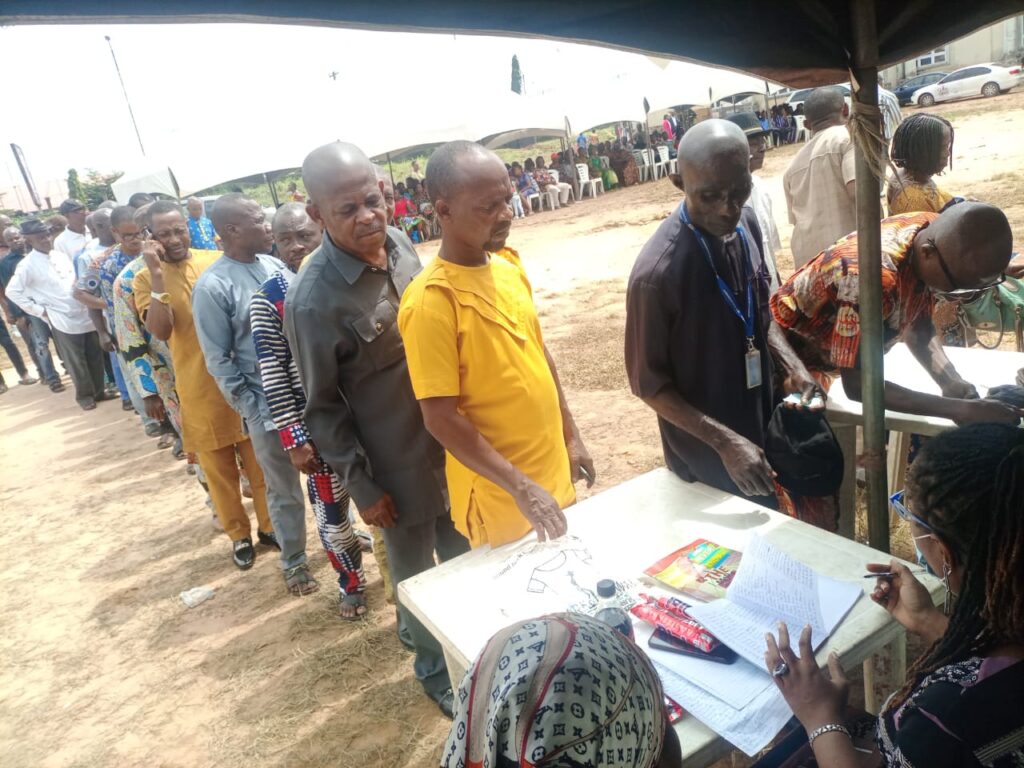 No fewer than 20, 000 persons with health challenges in Abia State are to benefit from free medical/surgical outreach of the governorship candidate of the All Progressives Grand Alliance, APGA, Professor Greg Ibe.

Ibe disclosed this Tuesday in Umuahia while flagging off the annual exercise.

He decried the precarious state of the health sector in the state, claiming that there are more mortuaries in Abia than functional hospitals.

Professor Ibe who expressed worry over the protracted strike by doctors in some health institutions in the state, accused the State Government of insensitivity over the deterioration in the health sector.

Ibe who was represented by his running mate and member representing Aba South state constituency, Hon. Obinna Ichita, said that the lack of care for the welfare of doctors and other health workers was the reason the health sector “is in a state of near-comatose.”

“The present administration in the state has lost value for life. The only functional unit at ABSUTH is the mortuary and the Government is not moved. Fridays and Saturdays are now for burials due to high rate of death in Abia.

“The oldest man in most communities today is 50 years old because there is no robust health care system in place. The health sector is dead.”

Professor Ibe who said that “Medicare  is the best gift” one  could give to humanity, explained that he embarked on the free medical outreach as an interventionist programme to bridge the gap in the health care delivery system.

He said that the programme had nothing do do with his political ambition as he had been in the humanitarian gesture for many years.

“Professor Ibe is not doing this to get elected into office; he wants to elongate the lives of the people.”

He said that the scheme would continue for three days in each senatorial district before getting down to every Local Government Area, adding that senior citizens from 75 years with serious medical conditions would be placed under a routine treatment and catered for by his Foundation.

Ibe further explained that beneficiaries of the scheme with surgery cases would be referred to the Federal Medical Centre Umuahia for further treatment at no cost to the patients.

In an interview, the Head of the medical team, Dr Ojum Ogwo, said over 50 medical doctors and medical personnel from different areas of specialty were on ground to attend to people who showed up for the scheme.

He said that their target was 1500 cases a day but noted that close to 1000 cases had been recorded in less than five hours the programme commenced.

According to him malaria, typhoid and high blood pressure were prevalent among the cases recorded.

Earlier in a remark, APGA Chairman, Rev. Augustine Ehiemere, described the intervention as apt in view of “the deplorable condition of the health sector in the state.”

He knocked the state government for “toying with the welfare of health workers,” but urged the people not to lose hope.

“There is no gainsaying the fact that public hospitals and Health Centres across Abia State are in a state of near comatose following the on-going Tuesdays strike by doctors due to 25 months, and 11 months of unpaid salaries of doctors at the Abia State University Teaching Hospital, Aba ABSUTH; and the Health Management Board, HMB, respectively.

“It is  shameful to note that ABSUTH which has already lost accreditation to admit medical students is at the verge of losing clinical accreditation due to insensitivity of the ruling Peoples Democratic Party, PDP-led administration supervising the collapse of Abia.

“The implication of this sad development is that in the absence of any urgent intervention, ABSUTH will no longer be able to graduate medical students. What an avoidable harm to the future of the state once reputed for medical excellence!”

He urged people with health challenges to take advantage of the scheme and receive quality health care, adding that the scheme is for all.

Some of the beneficiaries including Gloria Eke, John Chikwe and Jeremiah Kalu showered praises on the benefactor for the gesture.

People with various health challenges thronged to the venue of the exercise waiting to be attended to.

Giving more insight on the six-day exercise, Secretary of the Ibe Foundation, Hon. Boniface Ikwuagwu, said: “The six-day free medical exercise will tarry in Umuahia for three days before moving to the Umunneato axis of Abia Central zone, commencing at Isiala Ngwa North before terminating at Isiala Ngwa South on Sunday 7th August.”