By EditorAugust 6, 2022No Comments1 Min Read 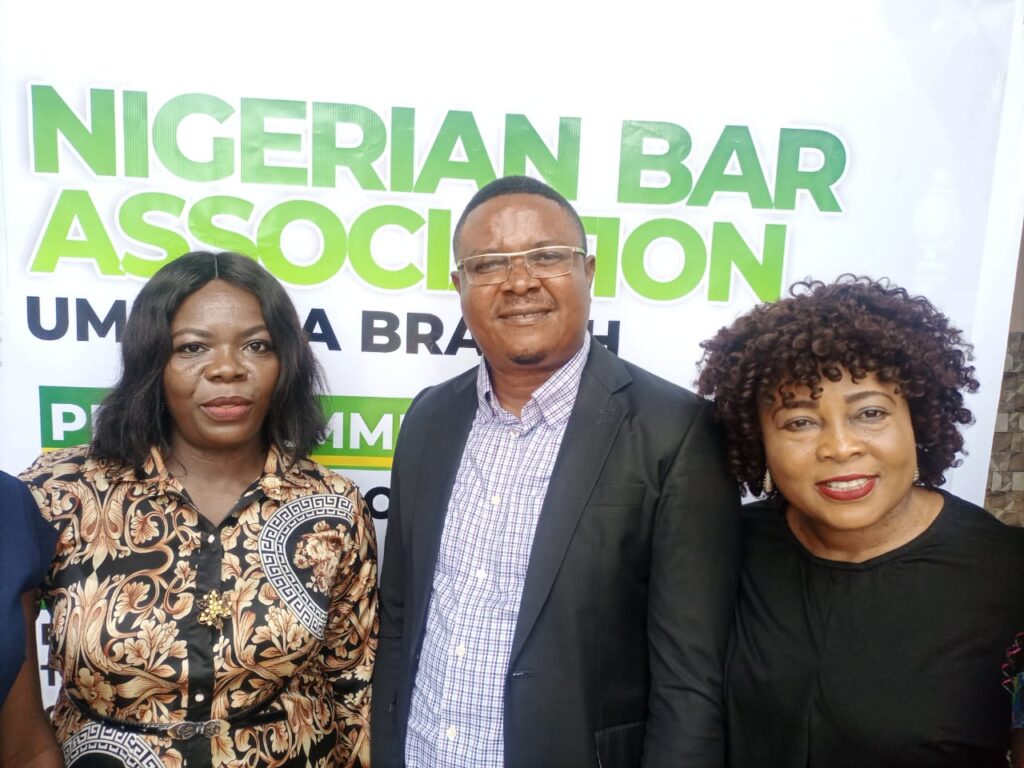 Chief Justice of Abia State, Justice Onuoha Kalu Ogwe, has tasked the leadership of the Nigeria Bar Association on  transparency and accountability.

The CJ who gave the charge  during the inauguration of the newly-elected officers of NBA,  Umuahia branch.

Justice Ogwe described transparency and accountability as essential legacies any responsible leadership must strive to leave behind.

He congratulated members of the new executive led by Barrister Jasper Ejimofor, and charged them to serve with integrity and to move the association to greater heights.

The CJ  promised to give the new executive the necessary support that would need for a successful tenure.

In his inaugural speech, the new NBA boss, Ejimofor, who was elected unopposed, thanked God and members of the association for the opportunity given to him to serve.

The NBA boss pledged to restore the integrity of lawyers in Umuahia by creating a harmonious relationship among lawyers, law enforcement agencies and members of the public for the good of society.

The inauguration which took place at the Abia High Court premises Umuahia attracted the presence of lawyers from across the state.