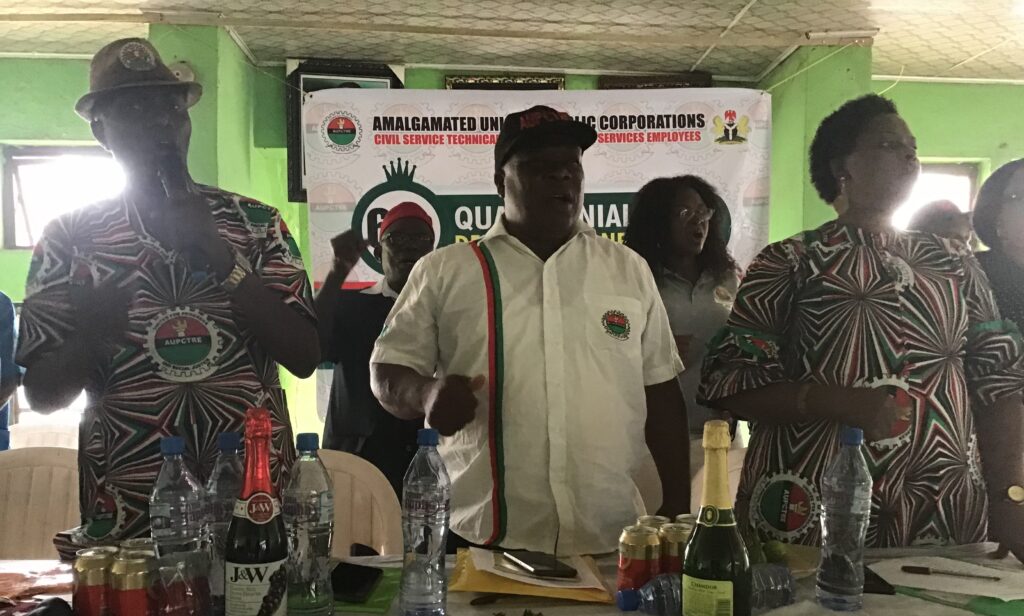 The Chairman, AUPCTRE, Enugu State Council, Mr Timothy Ojielo, disclosed this on Wednesday in Enugu during the State Delegates Conference of the association.

According to Ojielo, most of the parastatal agencies of the state government have no scheme and condition of service, thereby, their workers are not scheduled for pension.

“It is regrettable that the situation in the state is now both systemic and endemic. Hence, no amount of demonstrations or strikes move the political class to change for the better.

“The entitlements of workers in state parastatal agencies like gratuities and pensions are not even mentioned year after year to justify ones diligent services for 35 years.

“This has exposed pensioners to agonising deaths as a result of starvation,” he said.

Ojielo said that it was sad that while workers in state government ministries were paid the N30, 000 minimum wage, “we have been excluded since February 2020.

“We are using this conference to call on the state government for the umpteenth time to address this discriminatory issue without further delay,” he said.

Ojielo said that most of their members working in the different government agencies were treated like slaves.

“We are calling on our national leadership to as a matter of urgency lend a hand of comradeship to us,” Ojielo said.

Responding, the Head of Service, Mr Ken Chukwuegbo, said that the state government was doing everything possible to ensure that workers in the state were happy.

Chukwuegbo, who was represented by the Permanent Secretary, Establishment, Mr Donatus Achi, said that the government intended to do more for workers within its limited resources.

The head of service said that the state government was not immune to the economic downturn and other issues currently ravaging the world.

According to him, the state government has in spite of the challenges paid its workforce on regular basis.

“Salary payment is one of the top priorities of this administration because workers deserve their wages,” he said.

He listed other government’s gestures to workers to include training and retraining of the workforce, lifting of ban on conversions and advancements and refund of deductions of National Housing Funds.

“What is needed now is a teamwork where every worker is expected to play their own part by coming to work early and discharging their duties accordingly.

“In the above regard, your union has a great role to play in sensitising the workers to put in their best so that our state would move forward,” Chukwuegbo said.