By EditorAugust 3, 2022No Comments2 Mins Read 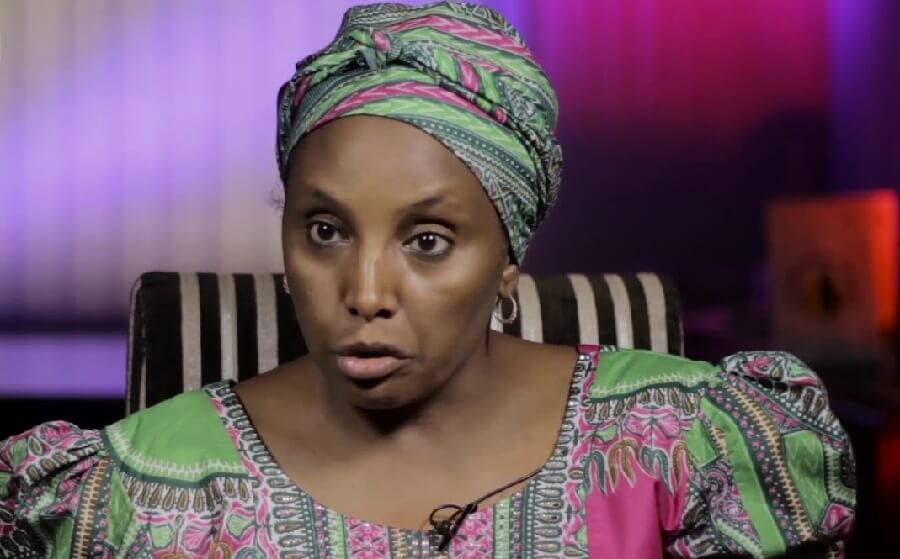 Maybe it is time to go behind and persuade the president, Muhammadu Buhari, to go on a sort of sick leave and allow another person to take over because clearly he is not well.

This is the position of respected journalist and media entrepreneur, Kadaria Ahmed, while speaking Wednesday on Arise TV programme, The Morning Show.

A visibly agitated Ahmed said President Muhammadu Buhari is a total failure when it comes to security.

The journalist said that the insecurity as a result of banditry is now not only in her native Zamfara State, but has spread all over the country and expressed her unhappiness on how the politicians across party lines are not recognising that what is staring everyone in the face is an existential threat to the country.

The journalist suggested a bipartisan approach by the ruling All Progressives Congress (APC) and the main opposition Peoples Democratic Party (PDP) to go behind the scene and try to sort out the problem even if it means convincing President Buhari to go on a sick leave to allow someone else who is capable to take over and do the job.

The veteran journalist said in recent times, that every time she hears the President speak the vibes she gets is that he is tired and done and has nothing more to offer.

Kadaria Ahmed also said she was against the muzzling of the media and dissociates herself from the Federal Government’s threat to sanction the British Broadcasting Corporation (BBC) and the Daily Trust over the documentary, The Bandit Warlords of Zamfara, but was, however, opposed to the way the BBC glamorized the issue of banditry and gave voice to criminals who are still at large and neither serving any punishment nor remorseful for their actions.

She also said that contrary to the opinions in some quarters, she is neither shielding the government, ”which has failed anyway when it comes to security,” nor against the coverage of the deteriorating security in the North-West. Rather she said she was against how the BBC was doing what it cannot do in its home country in Nigeria with the way it portrayed bandits in its documentary as not only untouchables, but almost heroes.