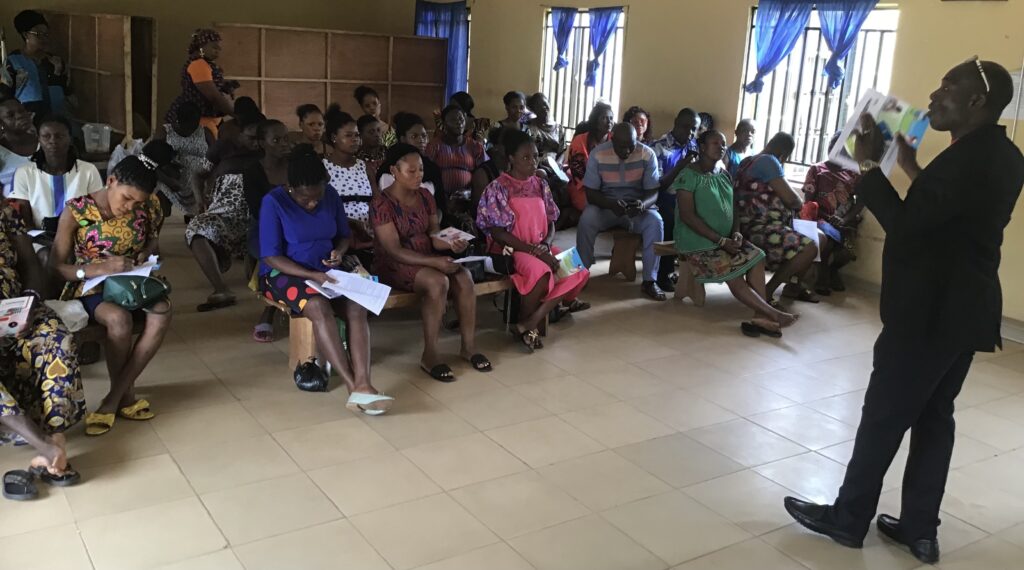 The exercise which was done in partnership with Reals Pharmaceuticals Ltd., was part of activities set aside by NAWOJ to mark the 2022 World Breastfeeding Week.

In a lecture, the Business Manager, Reals Pharmaceuticals, Mr Lucky Nwajei, said that the benefits of breastfeeding were enormous.

Nwajei said that conscientious six months exclusive breastfeeding of newborns could lower incidences of child mortality in the society.

He said that feeding of newborn babies with infant formula could be dangerous, especially, with unhygienic feeding bottles.

He advised nursing and expectant mothers to make deliberate efforts aimed at ensuring that their breasts produced enough and quality milk.

“As a company, our role is to provide support in our area of core competence through the supply of pharmaceuticals that will ensure that nursing mothers produce quality and quantity breast milk,” he said.

The pharmacist attributed lactation insufficiency in nursing mothers to the lack of certain hormones, especially, prolactin, in the body.

Nwajei said that certain pharmaceuticals produced by the company from pure plant extracts had been prepared to help expectant and lactating mothers triple their prolactin level and nourish their babies.

“I appreciate NAWOJ for organising this event. It is a call for people to step up the breastfeeding awareness,” Nwajei said.

“When we care for nursing mothers, we also care for their children and society,” Igweagu said.

The Chairperson of NAWOJ, Ms Ngozi Ngene, said that the awareness which was aimed at promoting exclusive breastfeeding in the state, was part of the contributions of the association for a healthy society.