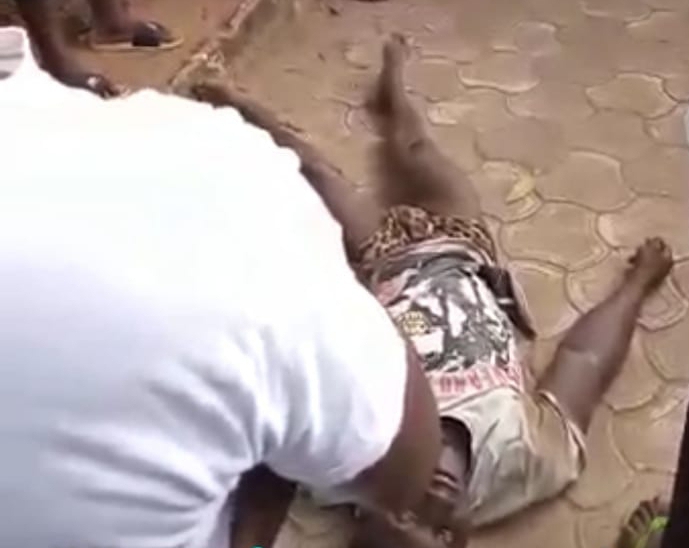 Members of Enugwu village in Nanka community of Orumba North Local Government Area of Anambra State, have demanded justice for a youth of the village, Mr Tochukwu Onyemelukwe, who was allegedly murdered by persons suspected to be vigilante members in the community in November 2021.

Onyemelukwe, a home based youth from Nanka, was said to have been arrested by the hoodlums who disguise themselves as security operatives on allegation of stealing noodles, and was later tied and tortured, after which he gave up the ghost.

Mr Godson Ofokansi, the secretary general of Enugwu Nanka Village Development Union, who briefed journalists in Awka on Friday said for almost a year, the community has been working to get justice for Onyemelukwe, but some influential members of the village have been working to scuttle it.

“We have written several petitions to police, urging them to investigate the matter, to ascertain the truth behind the death of the youth, but no such petition has been allowed to move after approval.

“Very influential people are backing the hoodlums, who are the killers of the youth, and they moved the file to Abuja, hoping to sit on it there.

“Just recently, the Inspector General of Police, IGP Baba Alkali, was gracious enough to assign the matter back to FCID, Enugu Annex to investigate it, and we are happy over this. It is the duty of the State to protect the life of her citizens.  No life can be taken away save in a manner justified by law.

“We are therefore calling on the Enugu Annex of the FCID to step in and investigate the death of Tochukwu Onyemelukwe. We believe that getting to the root of the death of this youth will help stop further deaths in our beloved community.

“There have previously been killings in Nanka, and we are suspecting that most of the people have been killed in the same manner, and their deaths have been covered up.

“Onyemelukwe was deposited in the mortuary without any formal report to police about the murder, and there were plans to conduct an autopsy on him to ascertain the cause of his death, but all of a sudden, some people forcefully took away the corpse and buried him in the midnight, simply to block the evidence from the autopsy. We suspect that his body may have even been tampered with, but we do not want to mention names, rather, we are only calling on the police to conduct its investigation and make its findings public,” Ofokansi said.

The death of Tochukwu Onyemelukwe in November 2021 had caused an uproar in the community then, as many members of the community had denied the possibility of him stealing noodles.

Ikengaonline gathered that Nanka community has been polarised along leadership lines for years, and that while a section of the community was loyal to Ositadinma Development Union (ODU), another group, which is said to be the duly registered one Enugwu Nanka Village Development Union, controls other parts of the village.

Ofokansi who spoke to journalists said, “Ositadinma Development Union (ODU), and as far as we are concerned, it is just a social club, and they are seeking to take over the leadership of the village.

“The late boy was a member of Enugwu Nanka Village Development Union. We suspect that he may have been murdered because he opposed the leadership of ODU.”