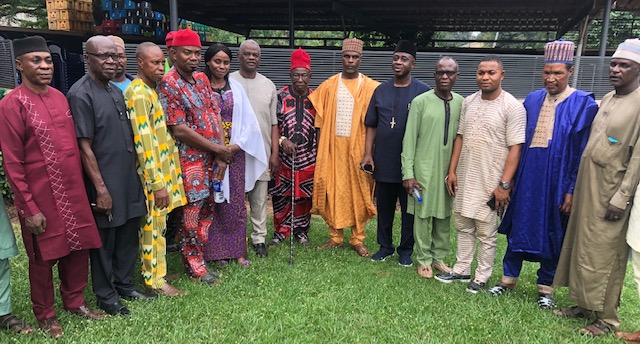 Reactions have trailed the peace pact between Eha-Amufu community in Isiuzo Local Government Area of Enugu State and the Fulani community in the area.

Recall that Eha-Amufu has in recent times witness series of kidnap and attack on residents of the community which led to mutual suspicion between members of the host community and the pastoralists in the area.

However, a committee with members from both sides was inaugurated and mandated to reconcile the two groups and work out a sustainable solution to the spate of insecurity in the area.

The Chairman, Eha-Amufu and Fulani Communities Peace and Reconciliation Committee, Mr Tony Edeh, said that the two groups had agreed to set aside their differences and continue to live together in peace.

Edeh said that the committee also agreed on a number of things on how to forestall such incidences that led to the mistrust between the pastoralists and members of their host community.

“We have agreed on a number of things on how to move forward and make sure that the conflict is resolved. It is better to follow peace and we have all agreed that we will continue with peace.

“In no distant time, we will start the implementation of those necessary steps in order to continue to live together peacefully,” Edeh said.

Also, the Anglican Bishop of Eha-Amufu Diocese, Bishop Daniel Odinga, described the peace and reconciliation deal as a good one.

Odinga said that it was good that both parties involved in the conflict met to resolve the issues.

“The meeting was a good one because the people involved in the conflict have come together to resolve the issues. We have agreed to start relating well and stop all the kidnap and attack.

“It is for us now to articulate our points and meet the government to come in and be involved in settling the matter completely so that we will live in peace like before,” Odinga said.

Siddiki said it was gratifying that the mutual suspicion between the herders and members of their host community had been laid to rest.

“Our people were being suspected as the perpetrators of the series of kidnap and attack in the area. We in turn were suspecting members of the host community as being responsible.

“So we decided to come together to find out what is actually happening in that area so that we can agree on how to police the community and live together in peace,” he said.

The MACBAN chairman said that the committee had agreed to set up a joint task-force of 14 members to secure the community, adding that each group would contribute seven members.

Siddiki said that it would be wrong to profile any group as being responsible for the security breaches in the community without evidence.

“I have always maintained that criminals should be treated as such no matter where they come from,” Siddiki said.