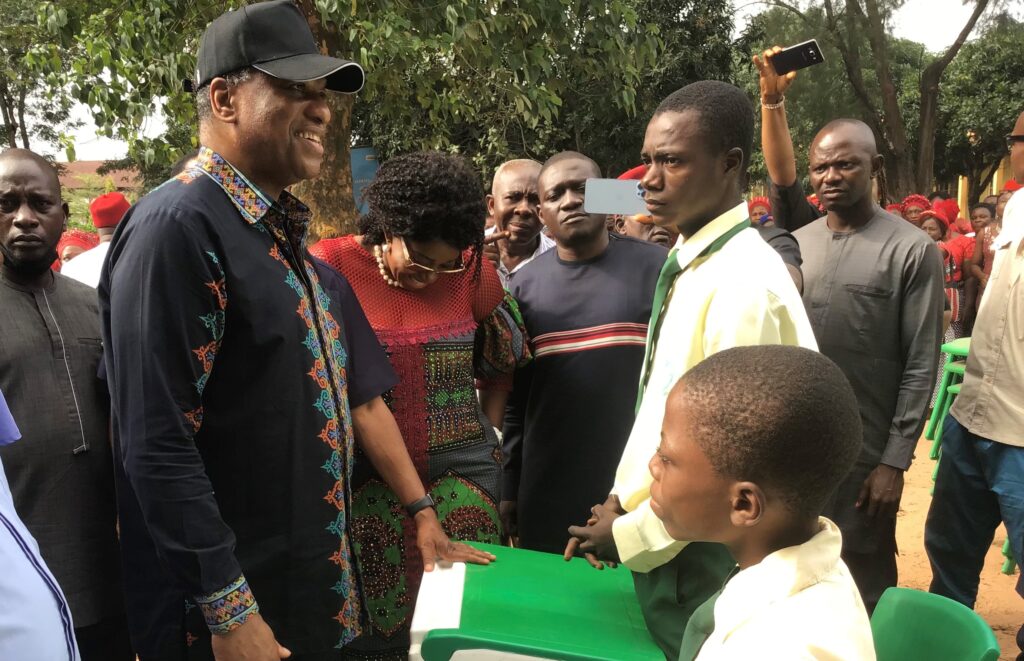 Onyeama also said that plans had been concluded to build a state-of-the-art library and centre for technology in the area.

The minister said that the gesture was his way of giving back to society through his pet project, Kwusike Foundation.

He said that he was touched by the deplorable condition of the classroom blocks in the school, adding that it was his desire to help his people by promoting education in the state.

“Education is very important. Therefore, we have to see that our children are educated and get jobs. As we plan to retire we need to prepare those coming behind us.

“We already have the opportunity to attract a technology centre and library through our partners,” he said.

Onyeama said that his desire was to expose the people of the area to opportunities that would make them lead more rewarding lives.

The minister said that though his priority was to ensure that the people of the area got the needed education which he described as very important to a successful life, “but we will go beyond that.

“Employment is difficult but that will not stop us from doing what we will do. We are going to do more for our people.

“We will be out of government by next year but I have a foundation which I will use to give back to society,” he said.

On the 2023 general elections, Onyeama said that the All Progressives Congress (APC) was fired up to do more for Nigerians.

The minister said that the APC was very prepared for the election, adding that he was very optimistic that the party would retain power at the federal level and also do well in the state.

Ikengaonline reports that the plastic desks and chairs are 300 pieces each.