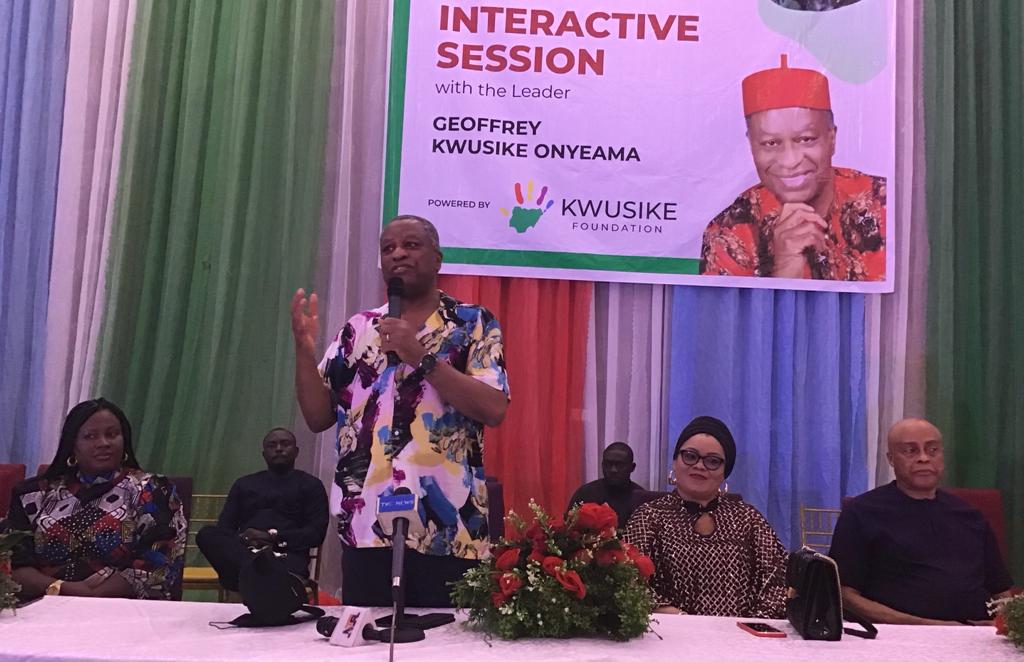 Minister of Foreign Affairs, Geoffrey Onyeama says his desire is to see a rebranded and united All Progressives Congress (APC) in Enugu State.

Onyeama disclosed this during an interactive meeting with members and stakeholders of his pet project, Kwusike Political Family in Enugu.

The minister said that it was sad that members of the party in the state had not learnt from the mistakes of the past that made them lose previous elections.

Onyeama said he had after the last state elective congress of the party felt that the party had a team and envisaged a united and progressive APC ready to make the difference.

“We had a number of crises for four years which divided our party in the state and we were disillusioned for not winning elections.

“As an opposition party in the state, you have to be united to overthrow the ruling party,” he said.

The minister, however, said that though they were in a difficult situation but there was hope going forward.

He, however, said that it was not too late to seek for new circumstances that would put the party on good footing, adding that leaders were meant to serve their people.

He said that the meeting was to do a postmortem of the circumstances that led to the lingering challenges in the party, adding that they would not want to repeat past mistakes.

“I am here to meet with my ‘family.’ Kwusike Foundation is not a factional group that divides our party as some people think.

“One of the reasons I wanted us to meet is to do a postmortem about what we did right or wrong in the past in order to prepare ourselves better for future endeavours.

“As a party, coming together to chart a course is not reactionary or maintaining a status quo that is anti-people,” he said.

According to Onyeama, there have been lots of opinions and distractions after the party congress but “we should not be distracted.”

He said that political power was not meant to intimidate the people but to serve them, adding that members of the party were equal stakeholders.

“We will fight to deliver APC and make it competitive in Enugu State. We should try to seize control of governance through the ballot and make a meaningful difference.

“A lot of you have been working hard for the party and together we shall overcome the challenges. APC must thrive in the state,” Onyeama said.

In their separate speeches, some members of the party, including, Messrs Walter Oji, Benson Eze, Gbazuagu Nweke and Mrs Juliet Egbo, decried what they described as the hatred, hardship, intimidation and despair in the state chapter of the party.