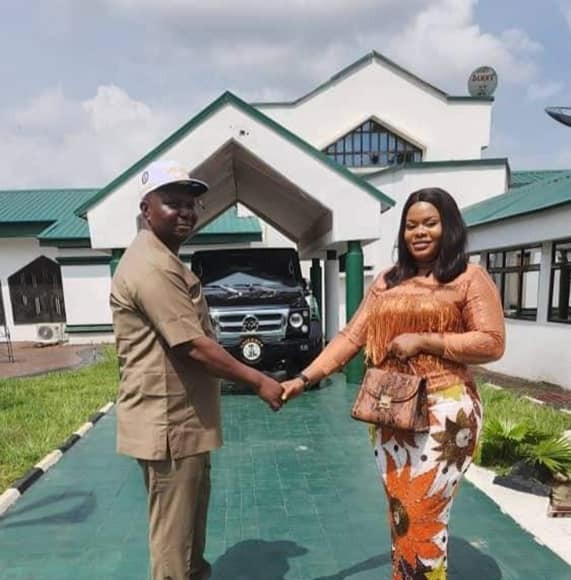 Mbazulike Iloka and Mrs Iloka before her demise

Gov.  Soludo has inaugurated an investigative panel comprising Medical Professors from within and outside Anambra State.

The team made up of Pathologists are carrying autopsy in Nnamdi Azikiwe University Teaching Hospital, Nnewi, where the body of the deceased was deposited.

The TC Chairman,  Mr Mbazulike Iloka, was suspended from office following speculations that he was responsible for the death of his wife.

Speaking, the Commissioner for Health Anambra State, Dr Afam Obidike, said that Governor Soludo was very serious about the outcome of the autopsy, noting that he wants a process that would be very transparent and the truth made open.

Dr Obidike who is part of the team conducting the autopsy prevailed on the professionals to do their best to ensure that every party involved in the matter is satisfied, adding that the autopsy is not for the dead but for the living to learn.

Mrs Obinabo urged women in Anambra and all over the world to remain calm and allow the law take its cause, even as she urged family of the deceased to be patient and prayerful and look unto God.

The lead Pathologist who is representing Anambra State Government, Dr Gerald Forae, from the University of Benin Teaching hospital assured that the result of the autopsy which will last for three hours will be out in two weeks time.

He explained that when released, the result would pass through the right process and would be submitted to the State Government through the Attorney General of the state.