Tributes pour in as Biyi Bandele exits the stage at 54 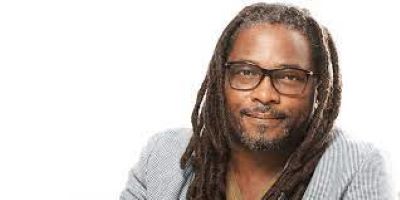 The clouds in the art community in Nigeria and indeed across the globe were darkened Sunday with news of the shocking passing of the famous director of Half of a Yellow Sun, Biyi Bandele at age 54.

The writer’s death was announced in a statement signed by his daughter Temi Bandele.

The statement reads, “I am heartbroken to share the sudden and unexpected death on Sunday 7th of August in Lagos of my father Biyi Bandele.

“Biyi was a prodigiously talented writer and film-maker, as well as a loyal friend and beloved father. He was a storyteller to his bones, with an unblinking perspective, singular voice and wisdom which spoke boldly through all of his art, in poetry, novels, plays and on screen. He told stories which made a profound impact and inspired many all over the world. His legacy will live on through his work.

“He was taken from us much too soon. He had already said so much so beautifully and had so much more to say.

“We ask everyone to please respect the privacy of his family and friends as we grieve his loss.”

Biyi Bandele was famed for his movie adaptation of Chimamanda Adichie’s classic novel Half of a Yellow Sun.

Following the passing of the prodigiously talented writer and storyteller, many who knew him have expressed shock at his sudden passing as they celebrate him in death.

While expressing shock at Bandele’s death, poet, Uzor Maxim Uzoatu wrote: “The sudden passing away at 54 of novelist, playwright & filmmaker Biyi Bandele must rank as the most shocking news of all. I remember the long discussions we used to have in Adewale Maja-Pearce’s Surulere, Lagos home, and the tears well up in me. It was in London, England when I came to take a BBC short story prize that you told me you liked my unassuming ways unlike some Nigerian writers who put “Writer” on their complimentary cards! “Boy Biyi!” as I called you, “The Man Who Came From The Back Of Beyond…” My tears…”

Simbo Olorunfemi in a tribute left on the deceased Facebook page wrote: “In spite of his obviously busy schedule and prodigious talent, that he had the grace and heart to share another side of his life here was something of note. Initially, he was quite light on the platform, but sometime back, he started to share with us photographs specifically focused on life on Lagos Island. I had the guess that he was either making a statement with these or going somewhere with it. I did say that a few times. But he just kept us guessing, uploading more and more tellingly beautiful images of street-life, market-life and ‘ordinary life’ in their daily engagements…

“Such is the finality that comes with death. On 28th July, in introducing the project, Ẹlẹ́ṣin Ọba,  he had written, “Death is just the beginning.” He left it hanging, perhaps that might have been within the context of the play, as death was actually just the beginning of a lot there. However, I believe it aptly sums up the next phase of the life of this great man. I believe that death can only be the beginning of him getting to receive more accolades and due recognition for the work he has done.

“In the words of Tèmi, “He was taken from us much too soon.  He had already said so much so beautifully, and had so much more to say.”

Olu Oguibe, wrote, “Go well, Biyi. We did go our separate ways, but I always loved you, my brother, my friend. Always.”

In his tribute, Nuong Faalong wrote: “Who invited Death? This clumsy bandit that shuffles amongst us surreptitiously , plucking our jewels recklessly.

“I have stayed awake wailing, imploring Elegua to crack open the roads to heaven for my friend journeys!!!

“I have learned of the passing of my dear friend Biyi Bandele whose praise I sing so very often.

“Biyi was a master of art, talented to the hilt, he lived his art in varied forms : books, photography, film, love.

“He and I even have future film projects that we have been chatting about for years , his most recent film ‘Elesin Oba’ is an adaptation of Death and the King’s Horseman (the irony!) and is billed to play at both the Toronto film festival in September and on Nerflix later in the year.

“Biyi, This is a calamity! You leave us very confused.

“Return if you can but if you cannot,  may your soul travel in splendour and peace. May heaven hold the doors open for you.

Jude Idada’s long tribute to the late writer read in part: “Through the welcoming light to that peaceful shore.

“Your watch has ended.

“Be proud of how you lived.

“Because you lived a life that truly mattered.

“For it was value adding and change enabling.

That is why you have left the world.

“A much better place than you met it.

“And we are grateful.”

“I watched Biyi Bandele Thomas grow from a young Lagosian, heading to the University of Ife, clutching the  manuscript of ‘The  Man Who Came In From the Back Of Beyond’ in which my younger brother, ‘ Lakemfa’ is the narrator, and transforming into a universal face of African film,  literature, drama and culture. This is why  I am finding his sudden, out-of-the-script exit, difficult to process.”