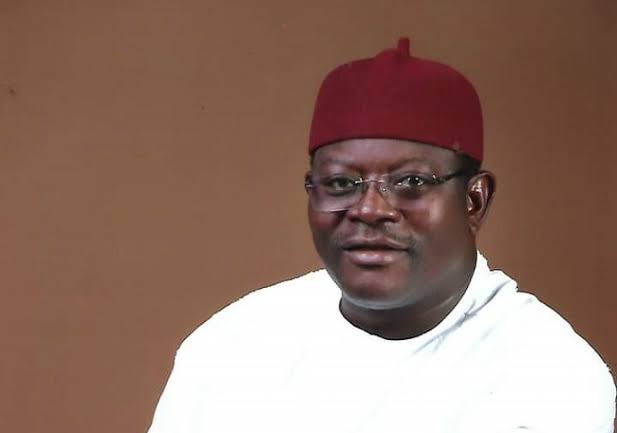 The Peoples Democratic Party (PDP) Ebonyi State chapter was thrown into further confusion on Thursday following a ruling delivered by the Appeal Court on the governorship primary of the party.

The Abuja Division of the Court of Appeal in it’s ruling said the issue of authentic delegates to a primary election is an internal affairs of the political party.

The court stated this in its ruling in the appeal filed by Senator Obinna Ọgba against a Federal High Court judgement which nullified the second governorship primary of the party on Ebonyi State which held on June 5, 2022.

The PDP had held two governorship primaries one on May 29, and the second one on June 5, after announcing the cancellation of the first primary.

However, Ọdịi, who boycotted the second primary, approached the Federal High Court in Abakaliki seeking a nullification of the primary on grounds that the authentic delegates for the said election did not participate in the election.

Justice Fatun Riman in his judgement on July 19, agreed with Mr Odii and nullified the second election and upheld the first primary won by Mr Odii.

Dissatisfied with the ruling, Senator Ọgba to approached the appeal court seeking for the restoration of his mandate as the candidate of the party.

Following the ruling, PDP National Leadership which had earlier issued Senator Ogba certificate of return was forced to issue another one to Mr Odii.

Also, the Independent National Electoral Commission (INEC) following the High Court judgement published Mr Odii’s name in the interim list of candidates as the candidate of the PDP for the 2023 governorship election in Ebonyi State.

However, the three-man appeal court panel in their ruling said the lower court erred in its judgement as the issue of delegates is an internal party affair.

The judgment further stated that Federal High Court Abakaliki under Justice Riman heard and gave judgement on that suit in gross error.

The appellate court further held that Mr Odii has no locus to challenge a primary election that he was never part of.

The court however failed to declare either Ọgba or Ọdịi as the authentic candidate of the party.

The Court held that there were two primary elections for Governorship in Ebonyi State which held on the 29th of May and 5th of June, respectively.

It went further to hold that where such is the case, the court cannot select for the political party the primary election it prefers.

It therefore left the decision up to the political party to decide which of the primaries it wants to rely on.

Reacting, a former spokesperson of the party, Silas Ọnụ, said Mr Odii, whose name was earlier submitted to INEC, remains the governorship candidate of the party.

According to him, Mr Odii’s name cannot be changed at this point as the court did not give such order to INEC.

“The interesting part is that the party is out of time to pick and choose who its preferred candidate is. This is so as the time for substitution of candidates has closed and only a positive order directed at INEC can lead to the change of a name already submitted.

“At this juncture, Obinna Ogba is out of time to file any action to compel INEC to substitute the name submitted by the PDP,” he said.