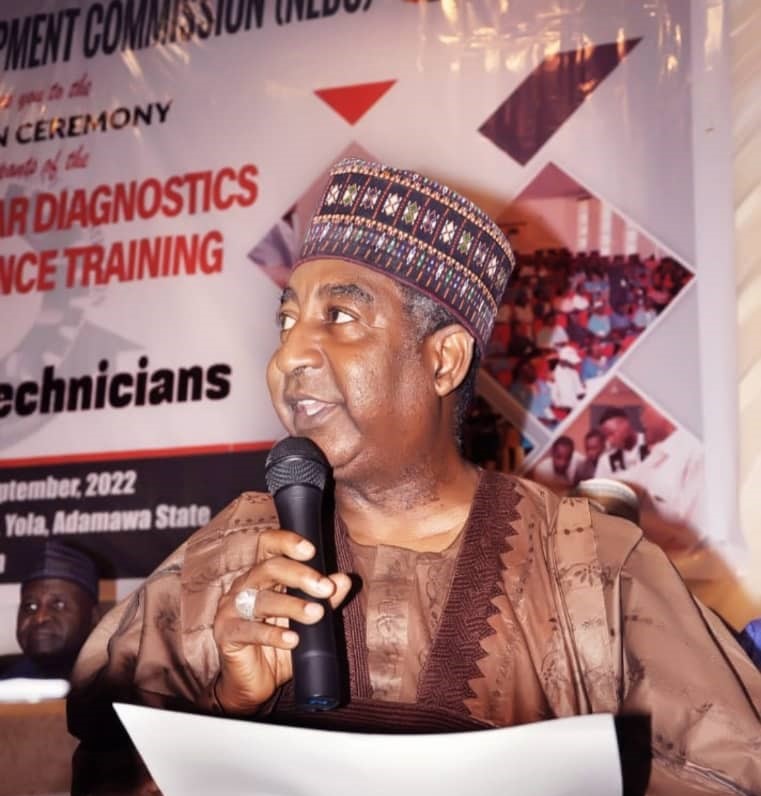 No fewer than 150 participants from North East geo-political zone of Nigeria have graduated from three weeks intensive training program on Digital Vehicular Diagnostics and Maintenance sponsored by the North-East Development Commission, NEDC and implemented by the Digital Bridge Institute at its Yola Campus, Fufore Adamawa State.

Speaking over the weekend at the graduation ceremony,  President/CEO of DBI, Prof. Muhammed Ajiya, noted that this flagship training was symbolic in many folds as  the DBI Yola Campus was adequately utilized for the first time since it was built about 10 years ago.

According to him: “The NEDC through the Management team reached out to DBI and together came up with this laudable program to empower the young people of the North-East.

The DBI Boss further noted that the CEO of “NEDC is a visionary leader whose efforts are already yielding multiple developmental results in the region.”

He expressed gratitude to the Adamawa State Government for hosting the participants and for enabling DBI while calling for driving partnership between DBI and all states in Nigeria.

The delegation from DBI included the President/CEO,  Prof. Mohammed Ajiya; some members of Governing Board, Hashim Bakori , an Engineer; and Dr. Niran Oyekale.

Others were Head of Finance and Accounts, Mrs. Peace Okere; Head Yola Campus, Mallam Abubakar Yolde;  and the Special Assistant to the PDBI, Abiola Jimoh.