By EditorSeptember 6, 2022No Comments2 Mins Read 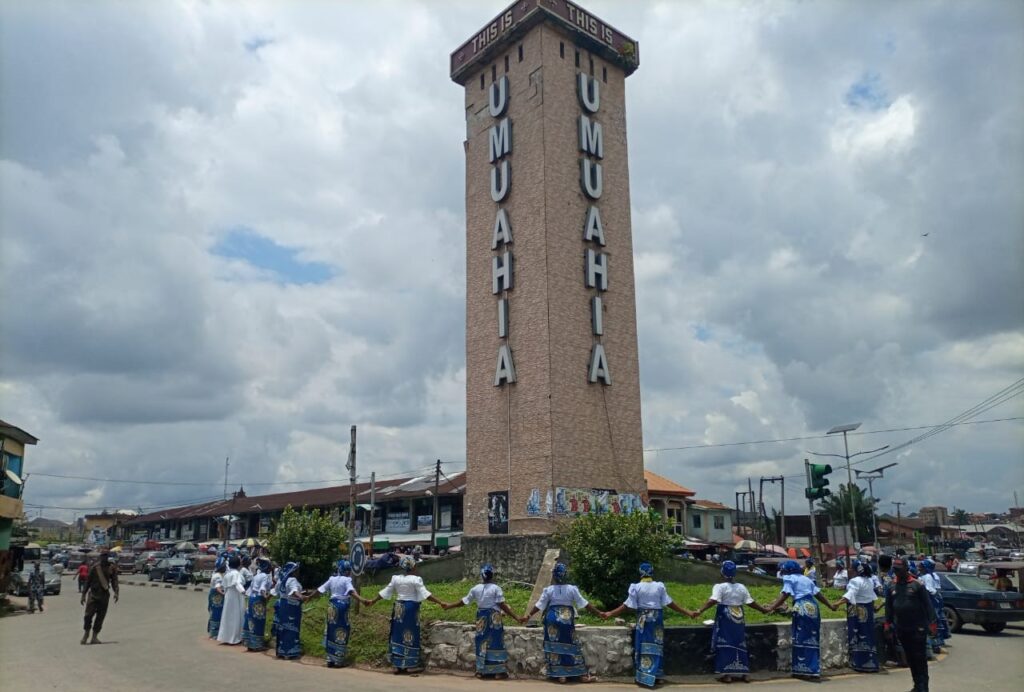 Methodist Church women, in Abia State, Tuesday embarked on spiritual cleansing and to seek divine intervention for total liberation of the state from satanic bondage.

The women decked in their uniform expressed worry over the condition of the state which according to them is miserable.

They marched to strategic locations in Umuahia the state capital where they made prayers and sought God’s mercy.

The women encircled the historic Abia Tower at the City centre located at No1 Aba Road where they made some declaration and later blew the trumpet signaling triumph.

They asked for forgiveness and prayed God to liberate the state to look like other states in the country, which they regretted had gone ahead of the Abia State.

Addressing newsmen later, Leader of the women, the Rev. Caleb Ekenna who simply introduced himself as a roving Missionary, decried what he called the annoying retrogression in the state. 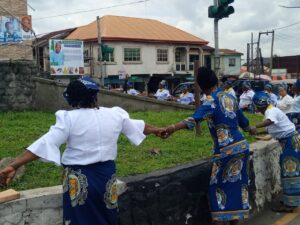 He said that Abia had clocked 31 years but had nothing on ground to justify her age unlike sister states including younger ones who are many streets ahead of the God’s Own State.

The cleric said the women decided to cry to God for his intervention over the plights of the state which he blamed on sin and bad leadership.

He said that both the leaders and the people of the state had provoked God and incurred his wrath through their sinful ways.

“We are begging God to forgive us. Abia is now 31 but there is nothing to show for it. We are backwards. Other states have left us behind.

“We are crying to God to forgive us because our atrocities are too much. The level of sin committed in this state is high. There is bloodshed, idolatry, fornication and other abominable acts. We need urgent divine intervention.”

On the type of leader they want to emerge in the state in 2023, the cleric said: “An honest person.”

He said he was desirous that a people-oriented leadership would be enthroned in the state for the good of all.