Nnamani, Chime say APC not prepared for election in Enugu 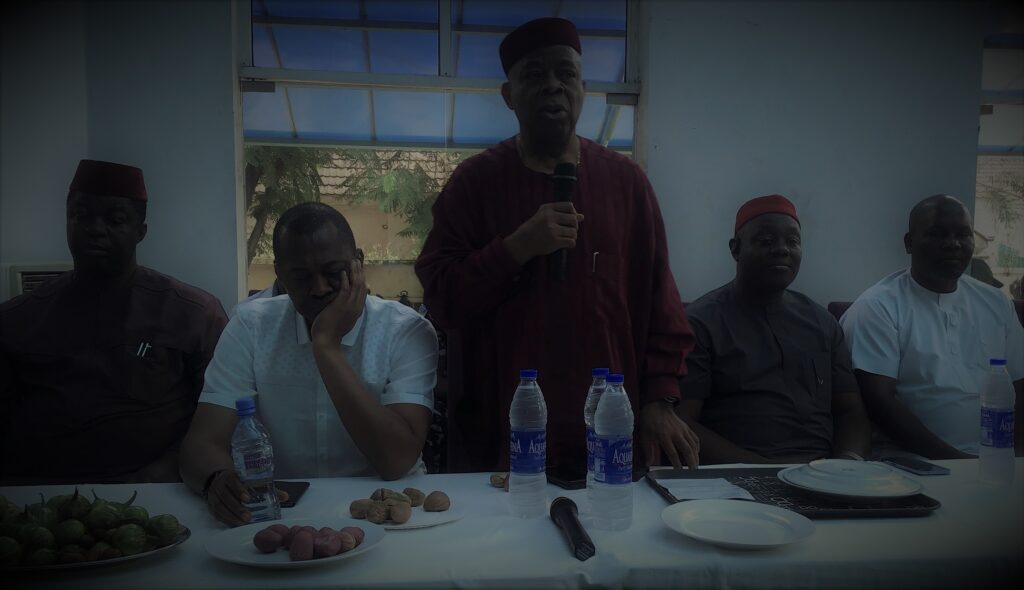 Major stakeholders of the All Progressives Congress (APC) in Enugu State have said that the party is not ready for the 2023 general election in the state.

Arising from a stakeholders meeting on Sunday in Enugu, the party chieftains reiterated their resolve to institute a caretaker committee to oversee the activities of the party leading to the elections.

Former Senate President, Senator Ken Nnamani, said that the party did not seem attractive to prospective members due to the leadership style of its chairman, Mr Ugochukwu Agballa.

Nnamani said that the party chairman had neglected party stalwarts and was through his conducts leading the party to a disastrous end.

“We feel the party is not going the way it should go. There is danger ahead as people are leaving our party.

“For only one person to contest our party’s gubernatorial primaries shows we are not attractive and most of our flag bearers are those most unlikely to win elections.

“Candidates of other parties have been coming to us to appeal for our support but ours are not coming,” he said.

Nnamani said that the chieftains would do everything possible to rescue the party and save it from implosion, adding that a fractured party would not do well in elections.

Also, former state governor, Mr Sullivan Chime, described Agballa as an impostor bent on destroying the party in the state.

Chime said that he never supported the candidacy of Agballah as party chairman due to his antecedents.

According to him, it is strange that I do not know any candidate from House of Assembly to Senate from my constituency and zone.

“I do not know who our candidates are. For the governorship candidate, I am hearing it as a rumour though it happens to be the person I knew from a distance.

“The last time I saw him was during Gov. Chimaroke Nnamani’s administration. I have not seen him since he emerged,” he said.

The former governor said that election was about electing those that would be useful to the party and the people.

“I do not think I will be part of any arrangement to vote for someone I do not know. It is very clear to me how our presidential candidate emerged and no one said he was imposed on us.

“Therefore, I have a duty to support him. I will not just vote for him but will talk about him when I have the opportunity but I do not know the others and how they emerged,” Chime said.

Another party chieftain, Gbazuagu Nweke, said that they had already made their intentions known to the National Working Committee (NWC) of the party.

“We are here to brief you on what we have done. Those who knew Agballa were opposed to him because they knew his conduct.

“Our leaders by accepting him made every efforts with good intentions but he started a systematic dismantling of every known structure after his emergence.

“We cannot leave the party for Agballa. Our position is that he must go. He has squandered the opportunity given to him. He has no respect and character,” Nweke said.

Also, the Ward Chairman of Udi/Agbudu Ward, Mr Ferdinand Aguma, said that they had suspended and expelled Agballah from the party over gross misconduct and falsification of party membership card.

Aguma said that the ward executives received a petition against the embattled chairman.

“We set up a disciplinary committee to investigate the petition. Letters were sent to him but he did not honour the invitation.

“We eventually found out that he did not resign his membership of the Peoples Democratic Party (PDP) before his romance with the APC. As we speak, Agballah is not registered with us,” he said.

Aguma said that they acted in accordance with the APC Constitution in suspending and expelling Agballah.

In his reaction, Agballah said that the party chieftains did not follow due process in their attempt to remove him, adding that there were laid down procedures to remove a sitting party chairman.

Also, the gubernatorial candidate of the party in the state, Mr Uche Nnaji, said that those that were opposed to the chairman were after the election fund accruable to the state.

Nnaji said that he would advise the national leadership of the party not to send any campaign and election money to the state.

The governorship candidate said that they would sponsor and fund the campaigns and ask for refund, thereafter.