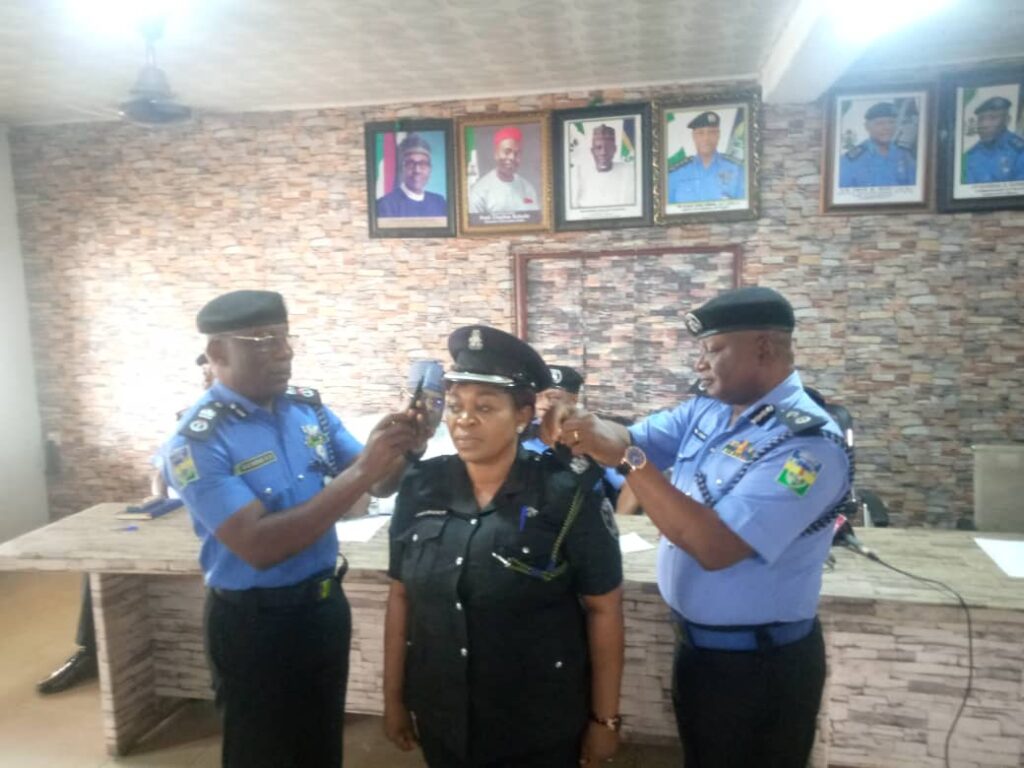 Thirty-nine police officers in Anambra State have been promoted to new ranks by the Nigeria Police Force, Ikengaonline reports.

Speaking during their official decoration at the Awka Police Headquarters, Wednesday, the Inspector-General of Police, IGP Usman Alkali Baba, represented by the State Commissioner of Police, CP Echeng Echeng, said the officers were considered after the Police authority found them worthy of elevation.

He commended the officers for attaining the new height and urged them not to be carried away by the elevation or be found wanting in their new roles.

Speaking further, the CP maintained that the IGP had religiously kept to his word of promoting officers who are hardworking and due for promotion as a way of encouraging them to deliver on their duties.

He noted that the officers will receive postings to different designations as may be considered by the Force in due time.

Earlier, the Police Public Relations Officer for the state, Tochukwu Ikenga, remarked that the command had benefited from promotion exercises due to the gallant efforts of the officers of the command and state in general.

SP Ogwu Emmanuel, in a vote of thanks on behalf of the promoted officers, assured that they would use their new positions to serve the Force, and the citizens better.