By EditorSeptember 8, 2022No Comments3 Mins Read 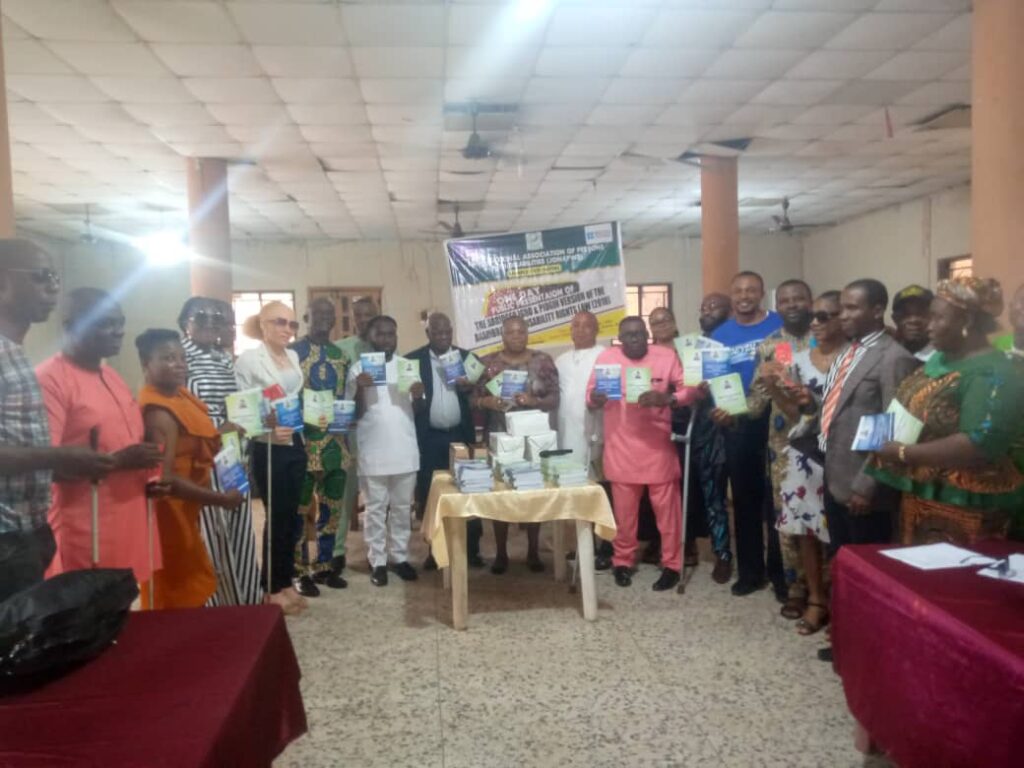 Some stakeholders have called on Governor Chukwuma Soludo to consider reactivating the Disability Rights Commission (DRC) in Anambra state.

The call was made yesterday at the unveiling of the abridged Igbo and Pidgin versions of the Anambra State Disability Rights Law in Awka, the state capital.

The stakeholders tasked the state government to make the Commission more operational by engaging some members of the commission on full-time basis instead of the part-time arrangement instituted by the immediate past administration in the state.

The inauguration was followed with the validation and adoption of Rule of Law and Anti-Corruption (RoLAC) sponsored abridged Igbo & Pidgin version of the Disability Law, enacted by the state government in 2018.

In her presentation, programme Lead of European funded Rule of Law and Anti-Corruption (RoLAC) in Anambra State, Josephine Onah, noted that the establishment of the law is a milestone in the journey to the creation of access to justice for persons living with disabilities in the state.

She decried that some organizations in the state, despite the passage of the law since 2018, are yet to come to terms with the implementation of the law in their different organisations, noting that even the law establishing the use of sign language interpreters in churches, schools and media is poorly adhered to, despite the body’s training of about forty personnel on sign language in the state.

Earlier in his address, JONAPWD Chairman, Anambra State, Ugochukwu Okeke, said the creation of the abridged versions was to create more awareness through multiple languages about the law and to mobilize support for its speedy implementation and among others make the copies available in simplified and accessible format.

According to him, “the law seeks to eliminate all forms of discrimination against persons with disabilities, equalize their opportunities in all aspect of life in the society and establish the disability Rights Commission and other matters.”

The Chairman described RoLAC as the backbone that has oiled the projects of social justice and inclusion of PWD in the state. According to him, “the body has made an indelible marks in the state by promoting enduring projects that will see to the implementation of different laws that guaranteed equality and justice in the state.”

In the other remarks, stakeholders including the Media, CSOs and representatives of different disability clusters called for more sensitisation of the abridged versions to enable the public  internalise the full contents of the law and abide strictly by it.