By EditorSeptember 11, 2022No Comments4 Mins Read 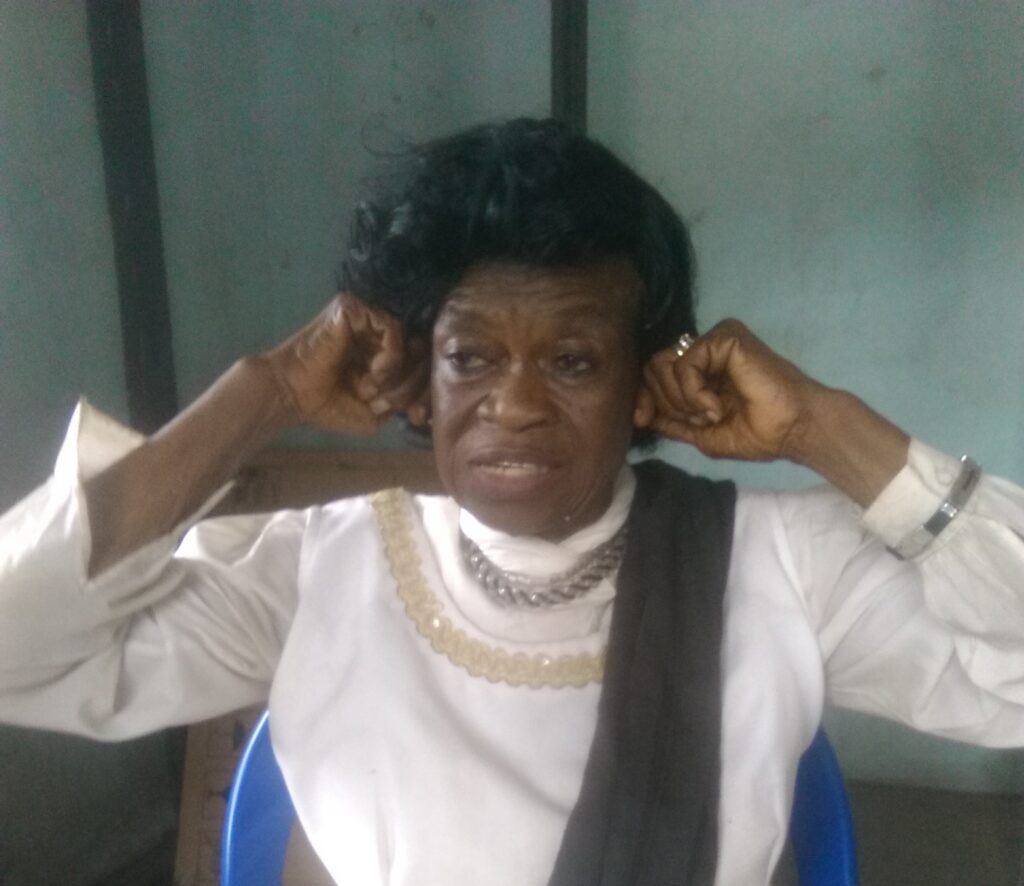 She was the only African in each of the four comprehensive Secondary Schools she taught in London where she also pursued her academics for the postgraduate Certificate in Education and certificates in Educational Technology. She won accolades, taught devotedly in many schools in Imo State and headed some before her retirement in 2000.

Undoubtedly, Okoroma said she has been ‘living and communicating’ with the lord God almighty, His son, our Lord Jesus Christ, their angels and entire hosts of heaven since 1989.

Narrating how it all began, she said, “the Almighty God came to me here in Imo State in 1989 with His son and entire hosts of heaven. I was then teaching in Mbaise and residing in a flat in Onyeoziri Mansion at Umunama Ezinihite Mbaise. This was ten years after I abandoned London in protest of their planned and intentional smearing of my Holy life with lies and falsehood, and of 13 years was praying to God to come and save me from the false persecution.

“For 20 months in my Umunama residence, there were intensive and tumultuous praises  and worship from me, and with heavenly entourage. There were introductions from the heavenly beings; Abraham was shown disciples surrounded the table, visions and profuse manifestations there were, including the formation of the fiery pillar before me and the magnificent descents from above of the lord God himself and His son into my Jesus Garden. We had full fellowship outdoors and also indoors. The lord named the place of the outdoor fellowship centre which He ratified with a ceremony He specifically organised, performed by two Anglican priests. The declaration of a centre was read out by my daughter and the words dictated by the Lord God Himself.

“I reported this to the most Reverend B.C Nwankiti of blessed memory at his Egbu Secretariat then. I was singing daily with the angels at early stage in 1989. The Lord God was bringing them in a cylindrical structure that looked like a Sputnik, from which they all emerged and arranged themselves on top of our underground tank. We sang together usually till the early hours of the morning. Then they will go back into the Sputnik two by two, one from either side. It sounds unbelievable but it’s true,” she said. God specifically showed Himself to me.

Any prophecy for her State, Imo many might ask; yes, as way back then when God miraculously showed Himself to Asinobi, hear what message she has for the people of the State.

She said: “Churches are more interested in increasing membership of their respective churches. They should come together and organise mission work to non-Christian countries (countries of unbelievers) This is direct from God Himself.”

She believes what is happening in Imo is a neglect of His presence in the State. She said she and her daughter who is late now is bearing the consequence of the doubt people attached to her message.

“Almighty God Jehovah has been in Imo State since 1989, with His son and heavenly hosts, where are they?  What God has been doing, why did He come to me bringing His entire heavens with Him? The world should gather in Imo and enquire.

“In December 1990 before the alter of the Holy Trinity  Church, Oboama Ezinihite Mbaise, He said “stick out your tongue” I obeyed, and He continued, “take it in, use your gift and work for me in your home, I left the church happy, henceforth, I was hearing Him speak in my heart loud and clear and the communication has continued till today,” she said.

“I speak with Him daily and his son. I see them daily as they move in and out coming to me. The lord God brings His hosts of heaven in different formations and prides Himself on His power. He also has a very strong and piercing white light that announces His presence, it is a gift from His father for accomplishing the task for which he was sent into the world.

“I enjoin everyone to find out what the lord God has has been doing these 33 years of His presence here with me and in Imo State,” she said.