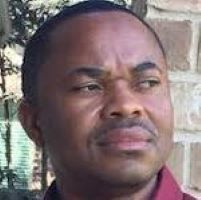 “But while young Igbo and young people from other tribes are enthused by his emergence as a presidential candidate and rally round him (Peter Obi), some prominent Igbo politicians treat him as a huge joke; something of a Charlie-Charlie on the national political stage. They dismiss his quest in prose that shocks me.”

The above is an excerpt from the article titled “Ndigbo and 2023,” written by Dan Agbese. In this piece, he challenged the people to own their blame for as he stated, failing to “parley their business acumen into political wisdom.” When it comes to accurately diagnosing the root cause of Ndigbo’s political woes in Nigeria, this ace columnist and one leg of the now defunct Newswatch magazine’s powerful tripod, hit the bull’s eye.

Contrary to what many Ndigbo would like to believe, the biggest chunk of the problems confronting the region and its people are mostly from within. Today, there is a complete leadership vacuum and for a long time now, the ship of South-East Nigeria has been sailing on auto-pilot (not to be confused with the killer squad of Simon Ekpa’s IPOB that bears the same name). Unlike the period preceding the Nigeria-Biafra civil war when the region brimmed with visionary servant-leaders, the likes of M.I Okpara, our current crop of political leaders is a pitiful assemblage of decapitated clowns.

The reason why this is the case, is not far-fetched. Most of the political office holders are beneficiaries of stolen mandates. The unmerited privileges they enjoy today were not earned by embodying great characters or competence but rather, the lack of it. It’s an open secret that just a few years back, most of the current political actors were bland men who left on their own, couldn’t even win a local council seat. They owe their current status to the strength of personal weaknesses as yes-men ever ready to kowtow to the unconscionable demands coming from their godfathers. A good number of them before being rigged into office, were led to swear an oath of unconditional loyalty and the guarantee of a steady return on investments to their masters.

Leading the pack are the Governors. The South-East governors continue to carry on as glorified hustlers on the national stage. Their leadership or lack of it, in the states do not extend beyond shameful misappropriation of lean public resources. They distrust each other and are highly suspicious of one another, which is why organizing around issues that border on our regional interest seems like an impossibility. They sing in tunes that please their masters in Abuja or elsewhere and can stand each other only to the extent of posing for occasional photo ops.

Prof. George Obiozor-led Ohanaeze that is well positioned to fill the leadership vacuum, is seriously handicapped due to lack of operational funds. The same rogue governors who should help in that regard through individual state’s voluntary contribution, are unfortunately led by a man who consistently and openly works against Igbo interest. He only identifies with the group goal to the extent that it feathers his own political nest and lashes out when Ohanaeze is not submitting itself as a ready tool to be explored for personal political ends. His politics is contrarian and he is often seen playing his state against the rest.

Since the emergence of Peter Obi on the national stage and with the groundswell of support he enjoys across ethnic and religious lines, these individuals with vested interests, and known for mercantile opportunism have been in a foul mood. A disparate group that normally would not agree on the most basic issue suddenly found their mojo using the hatred for Obi as a rallying point.

It’s not hard to understand why the Igbo political class are spiteful, lashing out and pouring their venom on Peter Obi. Obi, the man known for his lifestyle and politics of frugality is seen as a stab in the neck and cannot guarantee their continued relevance in the raging tsunami of political change. His brand of politics poses an existential threat to a political class that is cowardly, myopic, asinine and worshiped in the shrine of unparalleled greed. They mortgage Igbo interest on a whim and are quick to stake their political future with their principals outside of the region. This group is incapable of strategizing beyond a narrow-minded parochial interest. They are often happy to ingratiate themselves in order to feed off crumbs and leftovers.

The more dangerous of them you would find, are not vocal. They maintain a deafening silence, yet are working round the clock behind the scene to thwart the people’s dream and aspiration. Though heavily invested in their nefarious agenda, there is also a clear understanding among them of a huge price to pay for openly disparaging a man whose candidacy offers a little ray of hope for millions of Nigerians trapped in a life of utter despondency by the nation’s current situation. They are smart enough to realize that the Obi movement has become more or less a moving train that crushes whoever dares to stand in its way. But the unwise does neither care about history nor has any use of the lesson of it.

Born January 14th, 1741 to middle class parents in Norwich, Connecticut, Benedict Arnold apprenticed with an apothecary. When the American War of Independence, otherwise known as the Revolutionary War broke out in April 1775, however, he was a merchant operating ships in the Atlantic Ocean. But like many his age at the time, he joined the growing Continental Army outside of Boston, and quickly distinguished himself by acts of bravery.

During the war, Arnold proved himself to be not just a brave soldier but a skilled leader. He led campaigns at Lake Champlain, Ridgefield and Saratoga, and gained the support of George Washington. He took part in the attack on British Quebec which though was unsuccessful, earned him a promotion to brigadier general. Over the next several years, however, his life changed. He got divorced, married a second time and he and his new wife embraced a lavish lifestyle, racking up a mountain of debt in the process. A once highly respected and distinguished soldier could not resist the lure of greed and his life went south.

In 1780, Arnold was given command of West Point which today is the home of the prestigious United States Military Academy. Instead of leading his unit to fight, he contacted Sir Henry Clinton, head of the British forces, and proposed handing over West Point and its men. But his plot to betray the Hudson Valley fortress of West Point was discovered and Arnold was exposed. Arnold fled to the enemy side and went on to lead British troops in Connecticut and Virginia. The turncoat later relocated to England, but the British never fulfilled all they had promised him.

He died on June 14, 1801, at the age of 60, after being sick for just four days. Arnold was so full of regrets and Legend has it that on his deathbed, he said, “Let me die in this old uniform in which I fought my battles. May God forgive me for ever having put on another.” The once highly decorated American general of the Revolutionary War is today remembered as the worst traitor of all time. Arnold was ready to barter his honor and sell his country for a morsel of the enemy’s bread.

The daily actions and in-actions of many South-East politicians today, especially the governors mirror the treasonous path of Benedict Arnold. The only difference is that unlike Mr. Arnold who was once a hero, these clowns hardly offered anything of value to the people, both in the past and at present.

If Ndigbo are serious about re-defining our ways and re-inventing the South-East in order to remain politically relevant in Nigeria, we need to understand where the rain started beating us. Over the past few years, we have spent a great deal of time fighting the enemy from without whereas the real sources of our pain and misery are from within.

In faraway America, our lettered sister and a tenured professor at Carnegie Mellon university, ignited a global debate about the British monarchy and her legacies with a simple tweet that ended in “May her pain be excruciating.” I wondered what she would say of our brothers and sisters back home, selling us out, over and over again.

Dr. Agbo, a Public Affairs analyst is the coordinator of African Center for Transparency and Convener of Save Nigeria Project.