By EditorOctober 4, 2022No Comments2 Mins Read 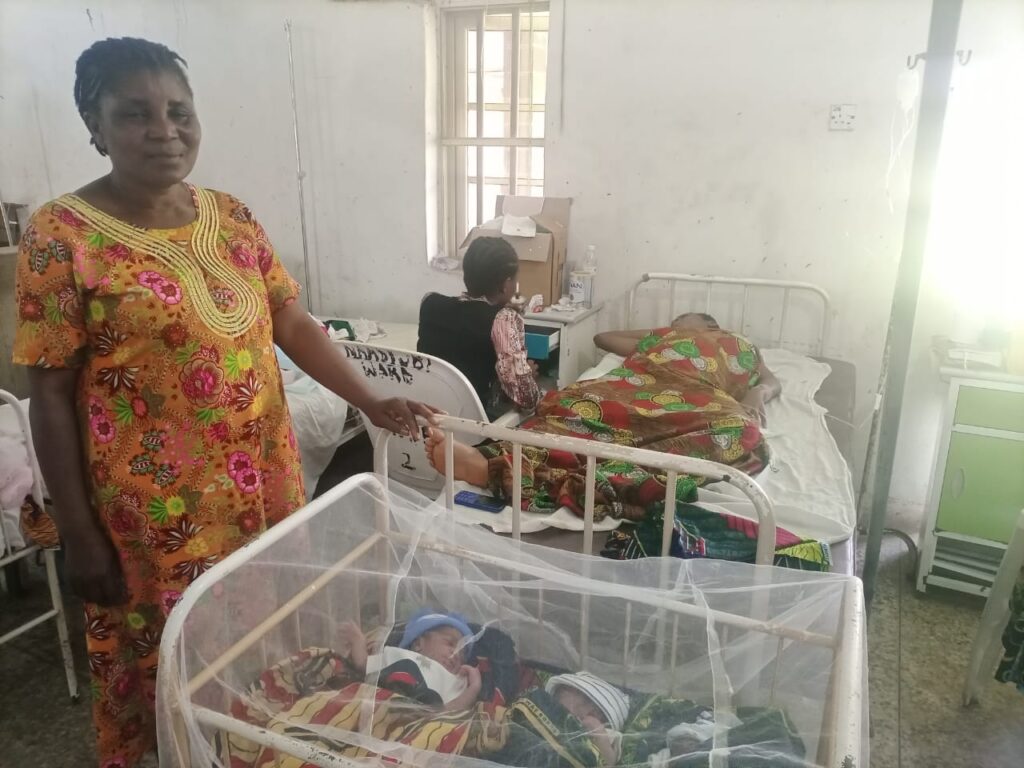 The husband of a final year student of Michael Okpara University of Agriculture Umudike, MOUAU, Oluomachi Nwoye, is yet to show up, nearly 24 hours after his wife was delivered of a set of five babies at the Federal Medical Centre Umuahia.

Ikengaonline gathered that the 24-year-old Forestry student was delivered of her babies (two boys and three girls) around 9:15pm Monday.

But when our Correspondent visited the hospital on Tuesday around 3:00pm it was gathered that the husband from Umunnya in Anambra State was yet to visit although reasons for that could not be ascertained as at the time of filing this report.

The mother of the quintuplets was seen with three of the baby girls at the Nkasiobi Ward of FMC where they were being attended to while the two boys were said to be receiving special attention at the “In-born unit” of the hospital.

Oluomachi who was lying in the bed looked too weak to respond to inquiries.

In an interview with Ikengaonline, Oluomachi’s mother, an Umuahia-based petty trader, Mrs Priscilla Nwojo, expressed joy over the blessing of new babies.

She, nonetheless, noted that such a special blessing comes with its own peculiar challenges.

The 56-year old grandmother, appealed to Government, public-spirited individuals, and corporate organisations to assist the family cater for the new babies.

She said it was not easy to care for a single baby let alone a set of five babies especially in the face of economic hardship in the country.

She thanked God for the blessing but pleaded with members of the public not to abandon the family.